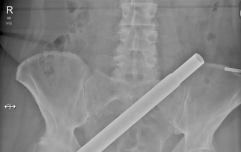 END_OF_DOCUMENT_TOKEN_TO_BE_REPLACED

Erika Lust runs her own adult entertainment company, Erika Lust Films, and after first announcing the morale-boosting measure back in May (aka 'Mastrubation Month'), the new-age work-break is garnering some serious attention.

Amid many positive testimonials, one employee told the Indy100 that the added breaks promote "less aggression" and "more productivity" in the workplace - the suggestion being that no matter whether it's an office or a warehouse, the rationale should ring true either way.

END_OF_DOCUMENT_TOKEN_TO_BE_REPLACED

We've actually written about Lust before - some six years ago, to be more precise - after her campaign to encourage both "ethical" and "feminist pornography" first began gaining traction.