Solidarity with the Swiss man 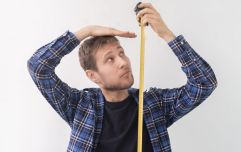 Men taller than 5'9 at higher risk of a range of serious conditions, new study finds

END_OF_DOCUMENT_TOKEN_TO_BE_REPLACED

After being admitted to the hospital, it's reported that the man spent the night in intensive care and then a further three days in the hospital's ward as doctors tried to relieve his pain. He was treated with paracetamol, antibiotic treatment and oxygen support. 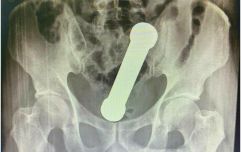 END_OF_DOCUMENT_TOKEN_TO_BE_REPLACED

Doctors had diagnosed him with 'spontaneous' pneumomediastinum (SPM), which entails air leaking from the lungs and becoming trapped in the ribcage. In this unfortunate man's case, the "profound" amount of air had spread throughout his body and reached the "base of the skull."

After four days, the man was discharged with his condition dubbed "uncomplicated."

Doctors said that predisposing factors included smoking, acute asthma and recreational use of both cocaine and heroin.

"No inciting factors were noticed in our patient," the report added.