This best man made a few enemies at the wedding

Best man speeches can make or break a friendship. They are not something that should be taken lightly, and finding the balance between humour and genuine compassion can be insanely difficult. One best man found out the hard way when one of his jokes didn't land with the crowd, so much so that the bride asked him to leave. 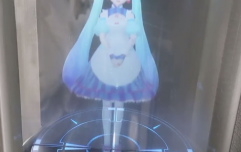 Man who married hologram says they're now not talking

END_OF_DOCUMENT_TOKEN_TO_BE_REPLACED

The best man says he spent a lot of time preparing his speech, but the only gap was in regards to the bridesmaids. He was meeting them on the day of the wedding, so his friends suggested rolling with whatever comes to mind at the time. Shock, this was a bad idea.

The best man says he felt suddenly inspired to go down the comedy route, saying: "Bridesmaids, I am a bit short of time here and I don't really know you all so I'd just like to say that five out of six of you look stunning today....figure it out amongst yourselves".

"One of them started crying and I didn't actually mean any of them, it was literally just nonsense. When I went to apologise, with out sounding mean, I realised that she isn't actually that good looking and was significantly less beautiful than the other bridesmaids. 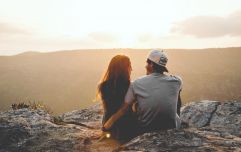 END_OF_DOCUMENT_TOKEN_TO_BE_REPLACED

"The bride came up to me and just said 'I think it's best you leave' and the groom just nodded behind her."

He reportedly turned to Facebook to offer a public apology on the wedding's event page. However, the only message he received was from the bride's nan, and let's just say it wasn't very pleasant.

The disgraced best man shared the story on Reddit, where people did not offer words of solace.

"As a wedding photographer, I feel this one. Big time. I have seen some terrible best man speeches in my 400+ weddings, but if I had heard this speech, it would have been my top two or three worst ones ever.

"That is quite the accomplishment."