AA president Sir Edmund King got involved in the debate

A "lone" woman stranded at night was told by the AA that they would not prioritise her recovery as "that's equality."

END_OF_DOCUMENT_TOKEN_TO_BE_REPLACED

Taking to Twitter to share the experience, Dr Helen Mott explained that the Automobile Association informed her that they treat lone men and women exactly the same. Due to that logic, she would have to wait "alone in the dark for 90 minutes or more."

Coincidentally, Mott specialises in violence against women and has a unique knowledge of the dangers women face alone, particularly at night.

hi @TheAA_UK I am a lone woman whose car has broken down at night in the dark. Your call handler has told me you treat lone women and lone men as exactly the same priority in such circumstances because “that’s equality”.

END_OF_DOCUMENT_TOKEN_TO_BE_REPLACED

She tweeted: "I am pretty sure that is not equality.

"I will now wait alone in the dark for 90 minutes or more, something which as a lone woman nowhere near home is far more anxiety-provoking than it would be for a man, if you follow the news. I think your policies need a revamp."

Mott also explained that she was given the standard "get out of the car" response, to which she replied: "er, no."

I also was treated to a standard message which instructed me to get out of the car. Er, no. 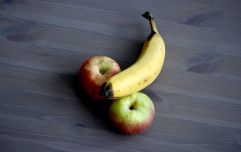 END_OF_DOCUMENT_TOKEN_TO_BE_REPLACED

AA later responded to the initial tweet, coincidentally digging themselves into a deeper hole.

"Hi Helen, you've been advised correctly. We don't prioritise based on gender, we do consider the location so as an example we would prioritise someone on a motorway over someone in a supermarket carpark," they said.

Hi Helen, you've been advised correctly. We don't prioritise based on gender, we do consider the location so as an example we would prioritise someone on a motorway over someone in a supermarket carpark.

Numerous people said they were revoking their memberships, leading to AA president Sir Edmund King to clarify that they "use common sense and prioritise woman but by the letter of the law we cannot say that."

RAC then jumped into the conversation, ensuring their customers they do prioritise.

Edmund, I just called the AA. Your roadside supervisors said the AA used to have a policy for prioritising lone women above lone men in similar locations, but that this policy was changed a few years ago. So there has been a change. You don’t prioritise women. @RosieDuffield1

A spokesperson said: "We accept that the wording of our initial response wasn't great and have apologised.

"In fact, we prioritise anyone at risk but more often than not it will be lone women.

"In breakdowns involving lone women where there is any concern raised by the customer they receive the highest level of care and priority."