With no fuss and no fanfare, Andy Robertson became the solution to a Liverpool problem

15 minutes remained at Anfield. Victory - at this stage, at least - seemed certain for the home side.

Manchester City, who had arrived on Merseyside with their unbeaten league record intact, were 4-1 down. In the space of nine second half minutes, goals from Roberto Firmino, Sadio Mané and Mo Salah had seemingly ended the contest.

END_OF_DOCUMENT_TOKEN_TO_BE_REPLACED

With The Kop in full voice, Bernardo Silva, on as a substitute for Raheem Sterling shortly after the fourth Liverpool goal, received the ball on the half-way line. As had been the way for his teammates for much of the afternoon, Silva was quickly put under pressure. Andy Robertson, the Liverpool left-back, allowed the Portuguese no time to even consider playing a forward pass, and so with his first touch, the ball was rolled back down the City right to Kyle Walker.

Had Robertson not already established himself as a favourite amongst Liverpool supporters, perhaps it was the 12 seconds or so that followed which went a long way to doing so.

In those 12 seconds the full-back did not touch the ball once. Instead, well aware that he had no realistic chance of seizing possession, Robertson ran full-tilt, pressurising five different opponents. By the time he was adjudged to have fouled Nicolás Otamendi on the far side of the field, many in the crowd were standing to applaud his lung-busting efforts.

Since that mid-January afternoon, Robertson's stock has risen considerably, so much so that he now appears to have nailed down the left-back slot - a position in which Liverpool have struggled to find a long-term solution - and made it his own. While it's easy to eulogise over the free-flowing attacking football played by the likes of Salah, Mané and Firmino, the young Scot's confident, fearless performances are earning him more admirers with every passing week.

END_OF_DOCUMENT_TOKEN_TO_BE_REPLACED

Although a Mané hat-trick might have been the main headline to come out of Liverpool's 5-0 dismantling of Porto earlier this month, this was arguably Robertson's stand-out performance for the club, coming on his Champions League debut. He impressed again during the 4-1 league win over West Ham at the weekend and was rightly singled out for praise by Alan Shearer on Match of the Day for another energetic display.

His marauding runs forward and ability to sling in a decent cross were perhaps the more eye-catching features of his game during his early showings in a red shirt, yet increasingly so, Robertson's defensive discipline is gaining more recognition. Aggressive in his attempts to win the ball, but he is already showing better positional sense and awareness than some of those that have occupied Liverpool's left-back slot in the not-so-distant past. 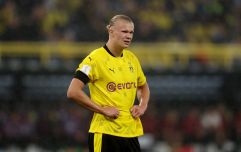 END_OF_DOCUMENT_TOKEN_TO_BE_REPLACED

Irrespective of all Robertson's obvious qualities, from the point of view of the club's supporters, perhaps the most pleasing aspect of all this is that so few of them saw it coming. Yes, Jürgen Klopp needed a new left-sided full-back last summer. That much was obvious. But the idea that some Scottish lad from relegated Hull City would be adequate for a club with aspirations of winning trophies would have seemed far-fetched to many. Signed in July for just £10m, fans would've mistakenly believed he was merely being signed as back-up for a more high-profile arrival.

Jürgen Klopp clearly deserves credit for identifying Robertson, but the growth the 23-year-old has demonstrated in a matter of months as a Liverpool player should also be commended. Others might have wilted when presented with such an opportunity at such a huge club; instead, he's grasped it with both hands. In the process, he appears to have become the solution to Liverpool's left-back problem.