Compulsory vaccinations in the workplace would not apply to vegans, according to experts

Vegans could be exempt from vaccine rules

Despite the cause being admirable, public opinion on vegans tends to fluctuate between annoyance and complete contempt. 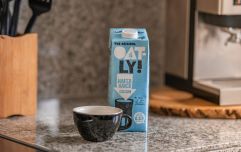 END_OF_DOCUMENT_TOKEN_TO_BE_REPLACED

Should workplaces make it a legal obligation to become vaccinated, vegans would actually be exempt from this ruling. Ethical veganism was ruled to be a protected characteristic at a tribunal last year, and it means any employers would risk legal action if they order staff to be vaccinated.

“Some ethical vegans may disagree with vaccinations on the basis that they will inevitably have been tested on animals," A spokesman for Lewis Silkin, a law firm, told the Telegraph. “Ethical veganism has previously been found to amount to a belief, capable of being protected.”

The Vegan Society has encouraged people to the Covid jab:

“It has never been more important for us to talk about the definition of veganism in the context of medications, including vaccines,” a spokesman said.

“The definition of veganism recognises that it is not always possible or practicable for vegans to avoid participating in animal use, which is particularly relevant to medical situations.

From this day forward I self identify as a trans vegan.

I will only eat plant based food and medium rare sirloin steaks. And chicken, pork scratchings and salami.

“In the case of Covid-19, vaccination will play a fundamental role in tackling the pandemic and saving lives. As there is currently a legal requirement that all vaccines are tested on animals, at this point in time it is impossible to have a vaccine that has been created without animal use.”

Advertisement
Vegans, people in religious groups, and some people with certain disabilities or medical conditions could mount a claim of constructive dismissal if forced to get the jab.
In other vaccination news, the Education Minister Vicky Ford said:

"We don't want to go back to a situation where large parts of education were closed to many young people and children, and a key part of doing that is having that double-vaccinated population.

"So I think we need to continue to encourage our young people to step forward, have the vaccination, and that is the way that they can have that freedom and confidence that they'll be able to have that full university life."