Netflix has added one of Al Pacino's greatest movies

With a career that spans 50 years, it's sometimes easy to forget some of the truly iconic films that Al Pacino has starred in.

Dog Day Afternoon, The Godfather, Scarface, Heat, Serpico, The Insider and Glengarry Glen Ross are just a few of his memorable roles, but in Donnie Brasco (which has just been added to Netflix UK), the Oscar winner delivered a performance that was remarkably different from anything that we've seen.

The Mafia drama tells the true story of Joseph D. Pistone (Depp), an FBI undercover agent that infiltrated the Bonanno crime family in New York City during the 1970s, under the alias Donnie Brasco, a.k.a. "The Jewel Man".

Brasco maneuvers his way into the confidence of an aging hit-man, Lefty Ruggiero (Pacino), who vouches for him. As Donnie moves deeper into the Mafia, he realizes that not only is he crossing the line between federal agent and criminal, but also leading his friend Lefty to an almost certain death.

While the gangster epics of Martin Scorsese and Francis Ford Coppola might be a bit more stylish and violent, Donnie Brasco is completely different because it almost solely revolves around the dynamic and relationship between its two main actors.


Simply put, this is a superb character study that features two actors at the very top of their game. 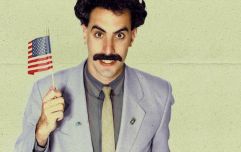 END_OF_DOCUMENT_TOKEN_TO_BE_REPLACED

In fact, Variety stated that "Pacino's fine work is the key to the film succeeding to the extent that it do." Rolling Stone echo this opinion by saying "Pacino and Depp are a match made in acting heaven, riffing off each other with astonishing subtlety and wit."

Prior to his role in Donnie Brasco, Depp had already proven himself to be an actor of considerable substance with memorable performances in Edward Scissorhands, What's Eating Gilbert Grape? and Ed Wood, but this was his coming-of-age role.

As for Pacino, he dials down some of his more flamboyant' traits to deliver a performance that's brimming with empathy, sadness and tragedy.

Even if you've seen it before, the Oscar-nominated drama is definitely worth another look.

You may also like
Film
Watch Jeff Goldblum and Sam Neill sing a duet on location for Jurassic World 3
Film
Watch Tom Cruise jump off a giant cliff on a motorbike for Mission: Impossible 7
Entertainment
Filming on The Batman stopped as Robert Pattinson reportedly tests positive for COVID
Entertainment
Arnold Schwarzenegger is still performing 52kg bicep curls at the age of 73
Entertainment
New James Bond trailer teases return to the gadgetry of old
Next Page