This might shock you, but not all movies are completely realistic

END_OF_DOCUMENT_TOKEN_TO_BE_REPLACED

Ok, films about superheroes fighting purple space gods, or clown-demons stalking small towns are obviously not real. But even if a movie seems more grounded, it still might not be getting everything right. Case in point: mental health.

Mental illness can be a nuanced, complicated subject, which can feel difficult to understand if you don’t have first-hand experience of it. But all too often it is used as a lazy plot device. Why explain why the guy in the ice hockey mask is murdering people, when you can just say he is a psycho off his meds? Need to give your idiosyncratic police detective a quirk to stand out? OCD, that’ll do. An asylum is a good scary place for someone to be locked up, right?

All these clichés help to build a wildly inaccurate picture of mental illness to the general public. “People often see dramatic depictions as absolute fact,” says Jo Loughran, director of mental health campaign Time to Change. She says that it is vital to make sure there is a “balanced view” of these issues in the media.

“Often these films will start a conversation - but most people won’t go any further. They won’t go and find out facts about [the real conditions], because fundamentally we are all pretty lazy. We watch films to take ourselves out of reality, we don’t necessarily want them to be homework”.

With that in mind, we spoke to Jo about several high profile movies that prominently feature mental health, and asked her what they did right – and got horribly wrong.

Pixar’s incredible, hilarious animation focuses on the anthropomorphised emotions that inhabit the mind of 11-year-old Riley. When Riley and her parents move to San Francisco, the stress of the causes Joy and Sadness to become lost, leaving Anger, Fear and Disgust in charge. 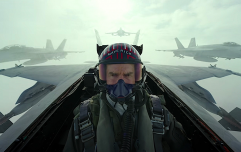 END_OF_DOCUMENT_TOKEN_TO_BE_REPLACED

Jo: We had a lovely example of a father who watched Inside Out, and used that as a way to open up discussion with his seven-year-old son about mental health. And what it taught his seven-year-old was to recognise that he had lots of different emotions. Sometimes he’s happy, sometimes he’s sad. And right at the end of the conversation, he said to his dad, “Sometimes, we feel sad, but it’s ok, dad.” And I just think that’s lovely.

This iconic 1980s iconic thriller saw family man Michael Douglas have a casual fling with sultry Glenn Close. But when Douglas later rejects her, Close becomes unstable, taking revenge on his family. Jo pointed it out as one of the key films that sends out a damaging portrayal of mental illness.

Jo: We’ve come a long way from some of the really damaging films like Fatal Attraction. Glenn Close has since set up an anti-stigma programme in the US, and she’s said that if she’d known then what she knows now, she may have asked for the character to be depicted in a different way. That was not a particularly helpful portrayal of someone who was clearly experiencing some sort of mental health breakdown.

This romantic comedy starred Bradley Cooper as a man returning home after receiving treatment at a mental health facility for bipolar disorder, and Jennifer Lawrence as the young widow living with depression that he befriends.

Jo: I really liked Silver Linings Playbook, because it doesn’t try to pretend to be something that it isn’t. It is a really lovely portrayal of what it might feel like to have a mental health problem. And actually, it really beautifully shows the benefit of support, of having friends around you who will unconditionally be there to support you. And for us at Time to Change, that’s really big. Being there in your mate’s corner [is important] - you don’t have to be an expert, but sometimes just being there will make that big difference.

Russell Crowe starred in this Oscar-winning biopic of maths genius Forbes Nash Jr, who experienced paranoid schizophrenia and delusional episodes. Late in the film, it is revealed that several characters which the viewer believes to be real people, actually just exist in Nash’s imagination.

Jo: A Beautiful Mind was also quite a balanced portrayal. I thought it was a really nice way of just opening up the subject area of severe mental illness. It is one of the things that doesn’t necessarily get as much of the positive coverage in film as perhaps it needs to. People experiencing severe mental illness still get a lot of stigma and discrimination – much more so than depression, or anxiety. So it is lovely to see that depicted in a film that is fairly positive.

For the person experiencing hallucinations or hearing voices, they are absolutely real. So from that point of view I thought that was a really nice way of showing that. For people who don’t know a lot about schizophrenia or bipolar disorder, it’s really difficult to explain what that feels like. I really liked the fact that you could go through the film, and it is only revealed quite late on that these characters are hallucinations.

This over-the-top psychological horror movie starred Natalie Portman as a star ballerina, who descends into a super-stylised breakdown when she is usurped by a younger dancer.

Jo: For me, Black Swan is pure drama. I thought it was a beautiful film, but I’m not sure it gives any true education into mental illness. I came out of it, even with my knowledge of mental health, still being quite unsure what was trying to be depicted.

Can taking wild artistic license to real conditions like this be at all damaging?

Jo: For me, there is a much wider question about education and culture. If you create something in an environment where everybody knows what mental health looks like, and what it doesn’t look like, it's fine. If you have a culture of people who don’t know a lot about it, then all it does is play up and reinforces negative stereotypes. You are not questioning it – why would you? Therein lies the problem. People should be allowed to make beautiful films that are stylised and artistic, but I do think we’ve got a wider piece of work to do with educating the general population.

One Flew Over The Cuckoo’s Nest and Girl, Interrupted

These are two of the most famous movies set in mental institutions, and both of them depict them to be an oppressive, difficult place to be.

Jo: The biggest fear over those sorts of depictions is that it would stop people getting help and support in a timely manner. People will see that and think “I’m not going to see help and support for fear of ending up in a place like that.”

We don’t have asylums as depicted in the film in the UK now, and while people tell us it is not a bed of roses being in an inpatient unit, the system is not set up not to be punitive – it’s not a punishment; the idea is to aid your recovery.

And we have to remember the staff who work in inpatient units. Apart from anything else, you are also creating a stereotype of the people who work there, and that’s a dangerous route to go down too. I think there is a real problem in the depiction of the staff [in One Flew Over The Cookoo’s Nest], and that can have an impact on people not wanting to go into those professions.

When we asked Jo to recommend a recent on-screen take on mental health that she thought was very positive, she actually pointed a recent storyline in the long-running Australian soap, where teenager Spencer Harrington struggled with bipolar disorder.

Jo: In a recent episode, when they were talking about medication, they showed a really lovely, balanced scene which had the doctor giving really good advice. The doctor had thought about how Spencer was going cope and control his bipolar disorder. They recommended a course of medication to stabilise his mood, but also opened up the fact that there were other avenues of psychotherapy that might be of help, that could be used in conjunction with medication. It really got across that you have options. It had that balance, and it enables people to think about the grey area between doing nothing about their conditions, and being on medication.

For more information, please visit the Time to Change website.

popular
Stranger Things: Spotify will choose which song would save you from Vecna
Tourist dies after losing arm and leg in shark attack at popular resort
Jordan Peterson suspended from Twitter over Elliot Page comment - says he won't apologise
Adele fans have 'mad respect' for her after she stopped her Hyde Park gig to help someone in distress
Woman sells pics of her thumbs on OnlyFans for £4,000
The JOE Friday Pub Quiz: Week 301
Threesome sees 60-person brawl break out on cruise ship, says passenger
You may also like
Entertainment
Netflix CEO confirms adverts are coming to the service
Entertainment
Chris Hemsworth would appear in Deadpool 3 just to p*ss off Hugh Jackman
Entertainment
Chris Evans would 'love' to reprise his role as Johnny Storm, the Human Torch
Entertainment
New Chris Hemsworth movie has become one of his worst rated films in his career
Entertainment
Amber Heard denies she's being cut from Aquaman 2
Next Page