Anyone up for a trip?

Conspiracy theories are raging online once again after people spotted an island on Google Maps that appears to have been completely blacked out.

END_OF_DOCUMENT_TOKEN_TO_BE_REPLACED

Holes in conspiracy theories are as common as the theories themselves, and this mysterious island is no different. The image suggests that the elusive peninsula is actually an atoll- a ring-shaped mass of coral or land that usually has a lagoon in the centre.

If you stare into it long enough, you get lost/Via Reddit
Advertisement

The exact location of the island is currently unknown, which obviously adds to the mystery of the situation. 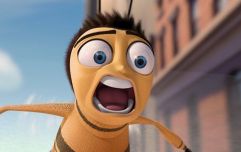 People are being urged to not kill flies and wasps invading their homes, no matter how annoying

END_OF_DOCUMENT_TOKEN_TO_BE_REPLACED

With a pitch-black centre, the mass appears to have waves crashing against its circumference. The interest is certainly in the blackened lagoon, leading people to question whether it's a cover-up of sorts.

Google Maps occasionally blacks out areas it's not permitted to show, hence why crazy theories are starting to circulate. But it could also be human error or potentially even a technical issue.

Users on Reddit, the home of many conspiracy theories, are eating it up.

One user said: "My first thought was that it's censored. It wouldn't make sense for a natural formation to be black like that in such a shallow, small atoll/island." 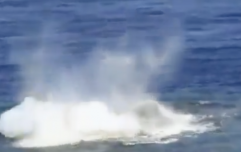 END_OF_DOCUMENT_TOKEN_TO_BE_REPLACED

And so the plot thickens.

Other users are throwing around the hollow earth theory, a missile silo, and even an inter-dimensional portal.

But not everyone is buying into the craze.

"OK so the real answer is the blue colour around the island is a painted-in color so the oceans look uniform in the maps," writes one party-pooper.

"Islands are added by erasing some of that blue to let the satellite image show through.

"Sometimes they do a sloppy job. So what you are seeing moving inward is: artificial ocean colour, real ocean with waves, beach, island.

"As for the shape, idk man islands come in all shapes and sizes I don't discriminate".

Anyone for a trip to an undisclosed island?