The "time for words has now moved to the time for action", the Queen said in a video message to world leaders attending the COP26 climate summit this week.

END_OF_DOCUMENT_TOKEN_TO_BE_REPLACED

But how climate-conscious are the Windsors, really? While Prince Charles has been fighting for the environment for decades, he's also left an enormous carbon footprint along the way, something that's not lost on Royal critics attending the Glasgow conference that finishes on November 12. Billboards going up in the city have branded both the Prince of Wales and his son, Prince William, a climate "hypocrite".

So how do the Royals' carbon emissions compare to the average British household?

Spoiler: It is like comparing their houses to ours

The Royal family's core members - the Queen, Prince Charles, Prince William, and Prince Harry - and their partners, collectively generate 3,810 tonnes of carbon dioxide a year, reports Ecoexperts. In contrast, an average family of four in the UK - according to Amerisleep - produces 37.648167 tonnes of Co2 annually.

By doubling that figure - 75.3 tonnes - we can compare the Royals' emissions with that of average Brits, as both households then have eight members.

The royals contribute 50x more Co2 than British households - an increase of 98%.

An est. 400 private jets are being used to take leaders and business execs to the #COP26 climate conference. 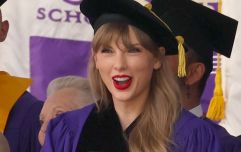 END_OF_DOCUMENT_TOKEN_TO_BE_REPLACED

One of the greatest royal Co2 offenders is Duchy Farm, which produces 1,726 tonnes of carbon a year, though measures are being taken to improve its sustainability.

Despite Charles' rallying cry for governmental action, he and Camilla are actually the worst offenders when it comes to travel-produced Co2, pumping out 432.3 tonnes over 22 trips in 2019. Of the 22 trips, 17 were by private jet, which generates up to 20 times more carbon dioxide per person than commercial airliners.

But that isn't to say the other royals are the pinnacle of green excellence. While most members of the family have made statements about us common folk and the need to reduce our emissions, they rarely elaborate on their own footprint. In 2019, Kate and William took four international flights, one via RAF, one by scheduled flight, and two via private jet which created a total of 11.2 tonnes of carbon.

To put it simply, Will and Kate's travel alone comes to just under the annual average for a UK citizen's entire footprint.

Though Harry and Meghan have now pledged to go net-zero by 2030, government reports from 2020 state that the duo took 53 international flights, including 18 on private jets.

But the picture is more complicated than you think.

18 times that of the average Brit.

I think he should 'change his attitude' and behavior first. https://t.co/UnnR9SIwHX

As second in line to the throne, Charles has taken on considerably more responsibility in recent years. Part of this is representing the monarchy and the UK itself across the 15 countries in the Commonwealth.

But this doesn't mean the Royals aren't conscious about the effect their travel has on the planet, and the most notable way they combat this is through funnelling money into a process called Carbon Offsetting.

"Billboards calling out Prince Charles and Prince William as 'climate change hypocrites' will be going up in Glasgow to coincide with COP26"
via Red Glasgow pic.twitter.com/VQsxcCDbzf

"These programs typically aim to offset a measurable amount of carbon e.g. one tonne of carbon means there will be one less tonne of carbon dioxide in the atmosphere than there would otherwise have been."

But not everyone is convinced on the offsetting principle, with many calling it "misleading".

"A plane that flies today emits carbon today. It's very hard to know how fast an offset can remove that amount of carbon from the atmosphere." Roger Tyres, a research fellow, told the Guardian.

So what's the solution?

Though the Royals are obviously aware of the crisis and are pushing in the right direction, that drive also has to occur on their own very well-watered lawns.

In under two weeks Prince Charles @ClarenceHouse has managed on private jets & helicopters to clock up:

Don't worried mate I've put on my coat & turned down the heating. pic.twitter.com/mXdHRngCz2

Sustainable aviation fuels are still in their infancy, and with no 'safe' commercial flight options,  Charles and Camilla will continue to pump out carbon faster than the Queen can down glasses of wine.

Another option would be to travel by sea. Brits now can reach the US in just seven days, and though we are not suggesting that the Queen waste a week on the Atlantic, trips to the European mainland would surely be better suited to boat or rail travel.

Finally, given that we had an entire year of solely communicating by technology, would it really be a huge stretch to ask the Royals to do meetings via Zoom like the rest of us?

When you are a figurehead of a country there is a responsibility to practice what you preach, and though the preaching is soaring through the skies like a private jet, the practising is still struggling to take off.