Just a case of the Monday's

It must be Monday because, once again, footage of Insulate Britain protestors being dragged from their protest has broken ground on social media, gaining thousands of responses.

With three roads across London currently being blocked by protests, October 25 has marked a return to normality after Insulate Britain's brief respite last week.

On Southwark Bridge, which carries the least amount of traffic for London bridges, angry motorists are seen to be pulling protestors off the road in an attempt to get to work.

Journalist Damien Gayle shared a number of clips on Twitter earlier today that shows protestors leaning on incoming cars, sitting down in the road and police attempting to negotiate for the release of traffic.

"The now familiar scene begins of #InsulateBritain protesters now getting pulled out of the road," Gayle's caption read for his second addition to the thread.

A little later, Gayle updated the thread with a video captioned: "Police have begun arresting #insulatebritain members who are glued to the floor at the north end of Southwark Bridge."

The video shows a group of protestors, most of whom are sitting on the ground, holding a banner for the movement as they discuss the issue with police officers.

Police have begun arresting #insulatebritain members who are glued to the floor at the north end of Southwark Bridge pic.twitter.com/9hWl5fXff1

Though Twitter is rife with criticism, there are those that seem to support the non-violent protests.

"Brave people standing up and being heard in this climate crisis," writes one user. 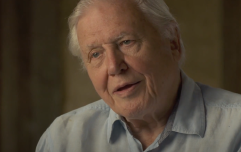 END_OF_DOCUMENT_TOKEN_TO_BE_REPLACED

Though the protests themselves are non-violent, they have also seen their fair share of heated situations. Most recently, 34-year-old Sherrilyn Speid appeared on GB News, where she was accused of attempted murder.

Despite Speid insisting she was not rude or at all aggressive, footage showing her shouting and getting a little too close for comfort quickly gained traction on social media.

In one clip, Speid drives forward in what she considered a 'nudge' rather than what other people are saying was assault.

popular
'Super recogniser' draws 'accurate' modern Maddie McCann to help police find her
Jack Wilshere could be set to resume career with National League Wrexham
Liverpool's Diogo Jota somehow manages to miss easy finish against Wolves
Mum in jail for murder pays tribute to son, 6, killed by his dad and new girlfriend
Chilling video shows moment step mum tried to get away with murdering boy, 6
The JOE Friday Pub Quiz: Week 272
'I did three grams of coke during a game': Inside football's problem with Class A drugs
You may also like
News
Terrifying footage shows drunk woman who fell asleep at the wheel speed off at 100mph
News
Couple charged for having oral sex in police car
News
Boy, 13, fighting for life after being shot in back while walking down street
Social Media
Woman arrested for throwing hot soup in restaurant worker's face
News
Police report filed after Brass Against frontwoman urinates on fan's face during gig
Next Page