Are horror movies your genre of choice?

There are two people in the world, those who get excited at the idea of watching a film like Saw and those who would rather participate in a saw trap than dedicate hours to watching them. But for TikTok user @MaddyPlaysgamesm, horror movies are just her cup of tea.

Having watched over 1,000 horror movies in her life, Maddy has broken down those that truly scare her.

This 1998 Japanese horror is said to have inspired the cult classic The Ring. She says this throwback made her 'genuinely scared'. Maddy reiterates that if you liked The Ring, you should definitely give this flick a watch too. 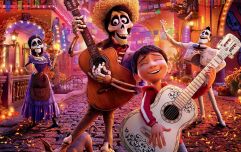 END_OF_DOCUMENT_TOKEN_TO_BE_REPLACED

2007's The Orphanage 'scared the absolute crap' out of Maddy, so hopefully, it will do the same for you.

It follows the story of Laura (Belén Rueda) who has happy memories of growing up in an orphanage. She convinces her partner to buy and convert the place. After her son disappears, Laura begins to hear spirits who claim to want to help her. That is when things get really creepy. 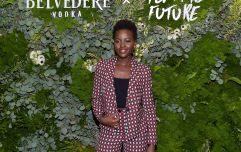 A shake up that will cause a stir: Here's who should play Bond next

END_OF_DOCUMENT_TOKEN_TO_BE_REPLACED

Five years after a horrific 'malfunction' at a haunted house kills fifteen people, a documentary crew travels back to the scene of the tragedy to find out what really went on.

Made in 2015, and available on Amazon Prime, Maddy says this film is "Really underrated."

This film inspired Quarantine, but Maddy insists that the original is "far superior".

Made in 2007, Rec follows a reporter and cameraman who follow emergency workers into a dark apartment building. However, they are quickly locked inside with something. The way it is shot is reminiscent of Blair Witch, so be prepared to be hiding under the covers.

Speaking of Blair Witch, the original film still remains a horror staple to this day. Released in 1999, The Blair Witch Project follows a documentary film squad who go missing when investigating a local legend. Their footage is the only thing that remains...

"I don't care what anyone says, this is always going to be the scariest movie I've ever seen.

"I grew up when people were made to feel like this was a real documentary and it sticks with you," says Maddy.

This film 'scared me to the core' says Maddy. This 2008 American psychological horror is your typical home invasion narrative, with creepy masks thrown in for good measure.

Though the break-in trope has arguably been done to death (pardon the pun), this is a harrowingly refreshing take. So much so that you might be needing your significant other to walk you to the bathroom. For all the singletons out there, just hold it.

Who doesn't love a bit of Bradley Cooper with a dash of Vinny Jones throw in to seal the deal? Maddy says this is a 'real hidden gem'.

"A photographer's obsessive pursuit of dark subject matter leads him into the path of a serial killer who stalks late night commuters, ultimately butchering them in the most gruesome ways," reads IMDB.

If zombies are your thing and let's face it, aren't they everyone's, then 28 days later is the film for you. Similar to The Walking Dead, the protagonist waves up in a hospital and the rest of the film is a continued fight for survival. You might want to give this one a miss until the Pandemic is wrapped up though since the idea of a virus may be a little too close to home.

A Tale of Two Sisters

Promising to give you 'that heavy in the chest feeling', Maddy ensures this is one to give you a sleepless night. All good horrors start off in a psychiatric hospital, just as this one does. This trippy jump-scare film is haunting not just because of the perfectly timed ghost appearances, but also because the true horror is not supernatural. Do you dare to give it a watch?

It doesn't get any more classic than the 1973 Exorcist. It was the film that enthused the genre with new tropes, shooting methods, and not to mention the world's obsession with possession. With a sequel coming out in the near future, this could be the perfect start to a horror-filled night.

popular
Missing Instagrammer Gabby Petito's last text suggests 'she may have been 800 miles from last sighting'
The JOE Friday Pub Quiz: Week 261
Shipwrecked mum found dead saved her children by breastfeeding them at sea
Grimes says baby X Æ A-XII calls her by first name as she doesn't identify with 'mum'
'Gleeking' is the 'disgusting' bodily function that most people don't know they can do
Man eats ‘world's biggest burger’ in front of vegan protestors
Man has hand ‘chopped off at the wrist in London after vigilantes corner him’
You may also like
News
Cara Delevingne causes a stir with 'peg the patriarchy' vest at Met Gala
Entertainment
Luther to return for brand new film on Netflix
News
Alanis Morissette claims she was raped by multiple men when she was 15
Entertainment
Bond 'could be a man or a woman' says No Time To Die star Lashana Lynch
Entertainment
Michael K Williams: The Wire and Boardwalk Empire star found dead aged 54
Next Page