Netflix and chill really means chill when it's this hot outside. Here's what's coming to Netflix UK in August 2021

The Euros are behind us, the Olympics are underway, but if you're not a big sports person you might still be looking for something to sit inside and watch whilst you beat the heat - or at least attempt to anyway. Good job we've done another Netflix round-up then, isn't it?

The world's biggest streaming service might be looking to enter the world of video games but they'll still be making sure they keep up what they do best: shoving more content down your eyeballs than you can handle.

Seriously, we spend so much time scrolling through Netflix that we could probably have watched two films by the time we actually picked something. That's why getting the monthly slates early can help you cut down on mindless browsing. That being said, here's what's new on Netflix UK in August 2021.

The 2006 dramatisation of 9/11 that details how the New York police and other first responders sprang into action to save as many lives as they could during one of the darkest moments in modern history. People often struggle to decide whether Nick Cage is a good or bad actor - this particular performance is one of his better ones. 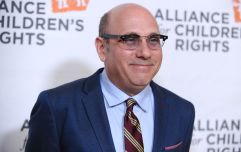 END_OF_DOCUMENT_TOKEN_TO_BE_REPLACED

One of the craziest rides I've had watching a film in recent times. The Mule follows actor-director and cinematic legend, Clint Eastwood, as a 90-year-old drug runner for a Mexican drug cartel. Perhaps the craziest part about the whole thing is that it's based on a true story by writer Sam Dolnick. A must watch.

Set in, you guessed it, the 1970s, this film follows the story of a young British soldier who ends being abandoned by his unit during a series of violent riots in Belfast. Inspired by the age-old conflict between Catholics and Protestants, North and Republic; England and Ireland, as well as the Falls Curfew of 1970, this is an intense hour and 20 so strap in.

This French-language thriller follows the story of Virginie, a struggling farmer who ends up being bitten by blood-thirsty locusts. Before you know it, the swarm or 'la nuée' is out of control and this compelling cast must do all it can to try and contain this bug-based biological threat. We've had Day of the Triffids and even Zombeavers, now it's the locusts turn to do a disaster movie.

We don't really need to be telling you to watch this, you should have done it years ago and watched the delightful sequel at least twice too. Paddington is one of Britain's most beloved children's characters and what the team behind this feature film reboot is brilliant. Genuine fun for all the family and full of soul.  Get a brew and a marmalade sandwich at the ready, sit back and relax.

Danny Dyer's never just sat with trotters up, he's always doing something and while we might not have seen him in many flicks as of late, this one he did back in 2013 is everything it needs to be: a low-budget British joint doing its best impression of a big, American, box office smash. We have a soft spot for films that try a little too hard - they're all heart and we applaud the effort.

Based on the best-selling book series, The Kissing Booth is now on its third sequel, as Elle reaches that pivotal time in so many young people's lives: college or uni for Brits. It's textbox teen drama if that's what you're into and, die-hard fans of the series or not, it seems plenty of people are as the original film was one of the most-watched films on Netflix when it first launched.

Now, this looks sick. Starring the likes of John David Washington, Alicia Vikander and Vicky Krieps, what starts off as an unfortunate car accident in Greece quickly turns into a manhunt as the eponymous character must race to clear his name. It will debut at the 74th Locarno Film Festival just over a week before it drops on Netflix and we have a feeling it could be a belter.

You've gotta love a bit of Momoa, especially when he's being typically badass. A story that stems from a commentary on the predatory Big Pharma culture and American healthcare system, a family on the run, packed full of action sequences and 'Sweet Child O'Mine' as the soundtrack. Yeah, sod it, count us in.

If you've never seen Ackley Bridge, think Waterloo Road back in the day, only you won't see George Sampson popping anywhere this time. Set in Yorkshire and following the merger of two culturally different schools, not only does this show take you back to your secondary school days but it also deals with issues surrounding community, racism and other forms of discrimination.

Car Masters might fit into the guilt pleasure category but we really don't care. When shows like Blown Away and Big Timber combine the craftsmanship of, say, Wheeler Dealers with all the over the top drama of Kitchen Nightmares, you know you're on to a winning formula. In this instance, if you're creative or a car person, you'll be flying through seasons one or two in no time.

Based on the cult-hit by American novelist Harlan Coben, this is the mystery and thriller author's fourth collaboration with Netflix, having previously produced The Woods, The Stranger and The Innocent and now bringing to life his fourth standalone book. It may not be set in the US like the book but there's still the same level of drama, tragedy and intrigue. High up on the list.

Probably the pick of the lot for us (we stan Sandra Oh hard). This Netflix original follows a school's first female chair as she tries to navigate university politics, butting heads with the 'old guard', potential PR disasters and feelings for the culprit of said prospective disaster. We'll literally watch anything with the Oh-meister in it but you can decide for yourself.

And that's all for now folks, that's everything net to Netflix UK in August 2021, till next time—oh, wait, there is of course the sad task of informing you what movies and TV shows are leaving Netflix UK this month. We're not going to lie to you, there are a few gems on this list but hopefully nothing too precious to your heart - we're still reeling from The Office being taken away from us.

You can find a full list of what's leaving UK Netflix in August here but don't worry, we're sure some of them will be back. If not, chances are you'll find it elsewhere, have watched it far too many times already, or you're kidding yourself and you were never going to pluck up the courage to watch Insidious: Chapter 2 after all.

We'll be back again next month, same Bat-time, same Bat-channel! See you around.