What the f**k happened to Sophie on 'My Parents Are Aliens'?

Seriously, what the fuck happened?

My Parents Were Aliens was an extremely lit television show, that is not up for discussion here today.

END_OF_DOCUMENT_TOKEN_TO_BE_REPLACED

What I'm trying to get to the bottom of is where the fuck blonde Sophie went? For two series she was very much there, then series 3 rolls in and she disappears with a very feeble explanation and zero concerned reactions from her surrounding family members.

We, the viewers, deserve justice. We deserve the truth. I'm going to get to the bottom of this grave injustice if it fucking kills me.

A visual analysis of Old Sophie vs New Sophie

Let's just double check that these two are definitely not the same person, for argument's sake (even though they're very fucking blatantly two different women).

As you can see, Old Sophie has blonde hair, but new Sophie has red hair. Not to be vulgar now, but New Sophie also has bigger boobs. Just an observation, female to female. 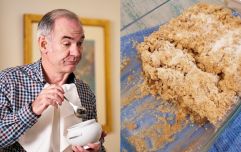 END_OF_DOCUMENT_TOKEN_TO_BE_REPLACED

New Sophie's hair is also a lot thicker than Old Sophie's. You could use her fringe as a blackout blind if you were really stuck in the dead of summer. These two are definitely not the same person

Old Sophie also had quite a high pitched voice, whereas New Sophie had a much deeper voice, more authoritative, and she was also quite posh. Old Sophie sounded like a young Peggy Mitchell, never hesitating to instruct a patron to 'Get outta ma pub', whereas New Sophie wouldn't sound out of place on Holby City, instructing a registrar to 'Hurry up with those files - a man's life hangs in the balance you incompetent fool!'

Undeniably, it's clear to see that New Sophie and Brian just don't look right together and I will never forgive that redhead lady for what she's done. Never. 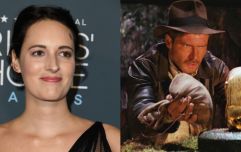 END_OF_DOCUMENT_TOKEN_TO_BE_REPLACED

The on-screen explanation for Sophie's replacement was so weak, it was insulting to the viewer

For the first two series, Sophie was a confused yet loveable blonde Mum. Things felt right. She was nice, gave off just the right amount of aloofness and she was a good fit for the family. But at the beginning of the third series, the world changed forever and things never felt the same again. Sophie became a redhead lady and with that, the innocence and carefree nature of childhood was snatched from under us all. 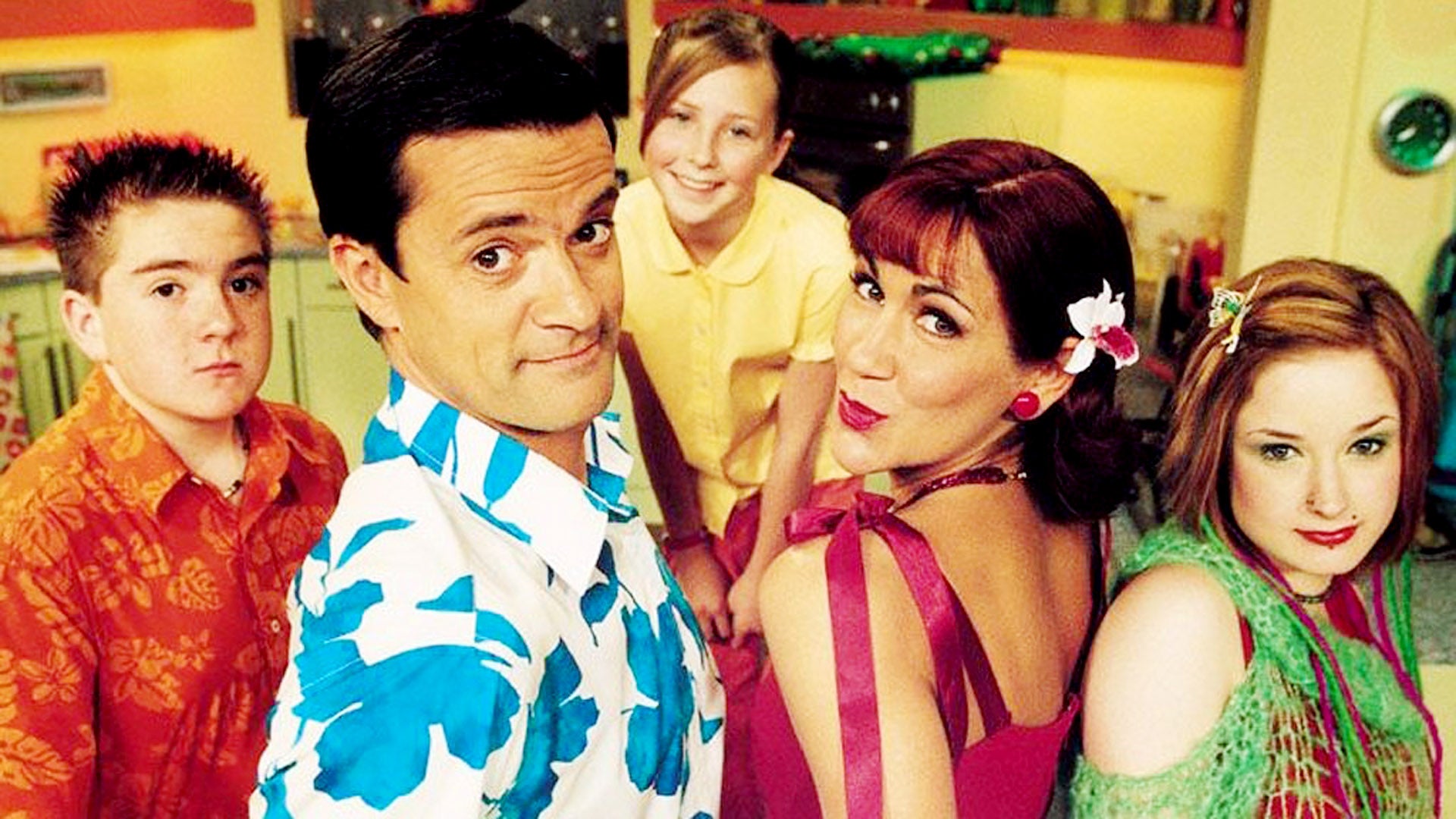 Unless you managed to catch the first episode of the third series, you would've missed the very poor explanation detailing how the original Sophie wasn't very good at morphing into things (a typical trait of an alien parent, obviously). Sophie, the quirky little minx, couldn't successfully morph unless she was eating ice cream. Conveniently, in this season-commencing episode, Sophie morphs into a new shape and is unable to return back to normal. With very little protesting from any of the Johnson family members, she stays in her new redhead form and they all simply accept it and then swiftly move on with their lives.

For a show with such worldwide calibre as My Parents Are Aliens, many of us couldn't help but feel disappointed with this outcome. Not due to hair colour racism, but because we could feel the alien wool being pulled over our collective eyes. Children always know when they're being lied to. It was the year 2000, the millennium bug turned out to be a load of horseshit and 'Willennium' by Will Smith hadn't lived up to the hype that we all expected of it. We were surrounded by lies and used My Parents Are Aliens as a safe haven. Then, the fuckers lied to us and served up a piss poor condescending excuse to go with it.

Why wasn't Brian more concerned with the disappearance of his wife?

Brian and Sophie were widely regarded as *wretches slightly* couple goals. They loved each other deeply in their own strange little alien way. They met on the planet Valux and ended up crash-landing on Earth after Brian adorably tampered with the controls on their spaceship. If they survived that, maybe they could survive anything? Namely, a kidnapping.

When they arrived on Earth, rather than obsess over getting back to their home planet, this iconic duo decided to foster three children. But not just any children, really fucking annoying ones. Brian and Sophie morphed their spaceship into a colourful little house for all five of them to live happily together in. So what I'm saying is that Brian and Sophie are a very nice couple who love each other.

Then, Sophie suddenly turns into an entirely different woman and Brian just accepts it and moves on. The love of his life has blatantly been kidnapped, potentially by alien authorities inhabiting Earth specifically for this type of occurrence, and Brian just gets on with it. SHE DOESN'T EVEN HAVE THE SAME VOICE OR HAIR FFS BRIAN YOU MORON. While the viewer always knew that Brian was a little slow on the uptake, this entire scenario stinks of something untoward. Is he at fault? Did he kill Sophie then swiftly replace her with another model? All signs point to yes, but legally I can't speculate that in written form.

Another potential explanation for blonde Sophie's disappearance is a good old fashioned case of identity theft. Usually that involves some stolen credit cards or a pilfered bank statement, nothing too Frank Abagnale Jr., but in this case, it's entirely viable. Red haired Sophie didn't want to gain financially from this endeavour, it was more about the Johnsons' lifestyle. From the outside, they had it all. A loving family, beautiful house and sufficiently comedic tensions at times.

It's not unreasonable to assume that blonde Sophie's life was at stake unless she agreed to step aside and allowed redhead Sophie to pilfer her entire life. Brian was probably being held against his will as well, but too stupid to notice. He put on a brave face for the kids' sake, but inside, he was potentially a broken man. His wife had been taken from him and now he was being forced to love this imposter.

Redhead Sophie had a tough life, maybe she got involved with drugs and by the time she kicked the habit, found herself entirely alone with nobody to turn to. Heck, she could've been their next door neighbour and seethed with jealousy every time the wind carried a wave of familial laughter and hijinks across the hedge to her door. It was mass murder or identity theft, so I think she made the right choice.

We've explored a number of avenues here today and I'm growing tired of this spectacle already.

The facts are this:

Logically, the most reasonable explanation offered above is that an extreme case of identity theft has taken place. New Sophie is holding the family to ransom and will kill Old Sophie (who is locked in her attic to this very day, with nothing but a bottle of her own urine for comfort) unless they all play along and truly accept her as one of their own.

Did she also come from planet Valux when she heard Old Sophie and Brian moved there? I'm inclined to believe so. She always envied them and couldn't bare the thought of them starting a new life together on Earth.

New Sophie is a malicious identity-thieving bitch and I will never forgive her for what she's done to the Johnson family.

popular
PGMOL issue explanation after Cavani goal disallowed due to McTominay 'foul'
Jose Mourinho launches attack on Solskjaer in response to "conning" remark
BBC and ITV viewing figures plummeted during blanket coverage of Prince Philip
A definitive ranking of every swear word from worst to best
Eminem's 'Fack' has gone viral and people are just realising how messed up the lyrics are
The JOE Friday Pub Quiz: Week 238
These are the only 6 ways you can ever leave the pub
You may also like
Entertainment
Josh from My Parents Are Aliens is now a rock star and looks unrecognisable
Entertainment
The dad from My Parents Are Aliens was caught raving at Glastonbury
Entertainment
Hayden Christensen and Ewan McGregor to start filming Obi-Wan Kenobi series
Entertainment
SpongeBob SquarePants episodes pulled from streaming over 'inappropriate' storylines
Entertainment
David Lammy dismantles caller's argument after they claim he can never be English
Next Page