Travis Barker’s daughter Alabama has shared a picture of her gripping her father's hand in hospital. 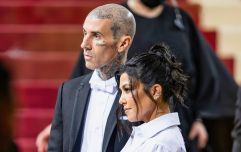 END_OF_DOCUMENT_TOKEN_TO_BE_REPLACED

In the now-deleted TikTok, the 16-year-old is seen holding Barker's hand. His face isn't visible, but he appears to be sitting up in bed, holding his phone.

She captioned the post: "Please say a prayer," and added a pink heart emoji added to the image.

The 46-year-old musician was pictured being wheeled into an ambulance on a stretcher on Tuesday, before being transported to Cedars-Sinai Medical Center. His wife, Kourtney Kardashian, was at his side.

As #TravisBarker was rushed to hospital, #KourtneyKardashian was right by his side. https://t.co/az4al2SVrV 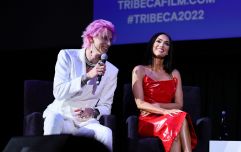 END_OF_DOCUMENT_TOKEN_TO_BE_REPLACED

The couple had earlier attended West Hills hospital on Tuesday morning due to a medical issue Barker was experiencing, reports suggested.

Neither Barker or Kardashian has commented on the rocker's condition, but Alabama shared a message on her Instagram stories, saying "please send your prayers".

Barker's eldest, Landon, 18, performed on stage with his friend Machine Gun Kelly in New York City just a few hours after his father’s reported medical emergency. He also has not commented on Barker's health.

Barker earlier tweeted, "God save me."

Barker and Kardashian married in May in Portofino, Italy, surrounded by their family and friends.