The Last War is coming.

If you haven't seen the latest Game of Thrones episode then consider this to be your spoiler alert warning.

END_OF_DOCUMENT_TOKEN_TO_BE_REPLACED

As soon as Emilia Clarke announced that the fifth episode in Season 8 of Game of Thrones was even bigger than the Battle of Winterfell, our excitement levels went through the roof.

During a chat on Jimmy Kimmel Live, Clarke said that the last three episodes of the show "are gonna be mental" and that "episode five is bigger" that what has come before.

Well, now that we're edging closer to Daenerys potentially raining fire on the people of King's Landing, the stakes have never been higher and to make things even better, Miguel Sapochnik is directing the episode.

END_OF_DOCUMENT_TOKEN_TO_BE_REPLACED

Fans of the show will know that he's the man responsible for Hardhome, Battle of the Bastards, The Winds of Winter, and The Long Night.

The trailer looks exceptional and with such an epic spectacle in store, the small details could make a massive difference.

On that note, who's this mysterious person in black that's nonchalantly walking through the ranks of The Golden Company?

If you look closely, you'll notice that the Red Keep lies in the distance. Mmm, who would be making a beeline to the stronghold of Cersei Lannister?

END_OF_DOCUMENT_TOKEN_TO_BE_REPLACED

As we saw in the most recent episode, Jon and Dany's forces have now left Winterfell for King's Landing but it's highly unlikely that Cersei will open the front gates for them.

Elsewhere, Jaime, The Hound, and Arya have also left The North as they head to the capital of Westeros.

Arya has frequently shown that she's a master of stealth - the Night King can testify to that - and with all the focus on a massive military fight that's set to involve dragons, soldiers, and ships, perhaps the war for the Iron Throne will be settled with one blow that nobody saw coming?

After all, that's how Jaime took down The Mad King and Cersei is still on Arya's list.

While the smart money about the identity of this 'stranger in black' is on Arya, we'll just have to wait and see who it actually is.

Whatever happens, that small moment does seem to be quite loaded with significance.

Here's the full trailer for the next episode and we've provided a shot-by-shot breakdown of it below.

It appears that Dany is on the brink of becoming 'The Mad Queen'.

Can Tyrion bring her back from the brink? This being said, the shot of Tyrion with the dragon mural in the background is haunting.

The Roman historian Tacitus wrote that Nero was rumoured to have sung about the destruction of Troy while watching the city burn.

Will Cersei do the same?

A Stark in the south

While Jon is the rightful heir to the Iron Throne and a legitimate Targaryen, he's also a Stark and we're frequently told that the Stark men never fair well when they travel south.

Well, Jon and Davos are here to fight.

In the last episode, an idea was proposed that Dany's dragons would burn the Iron Fleet if they tried to ferry in food for the people of King's Landing during any potential siege.

Whatever happens, we presume that Euron Greyjoy's fleet and their Scorpion missiles will have a role to play. 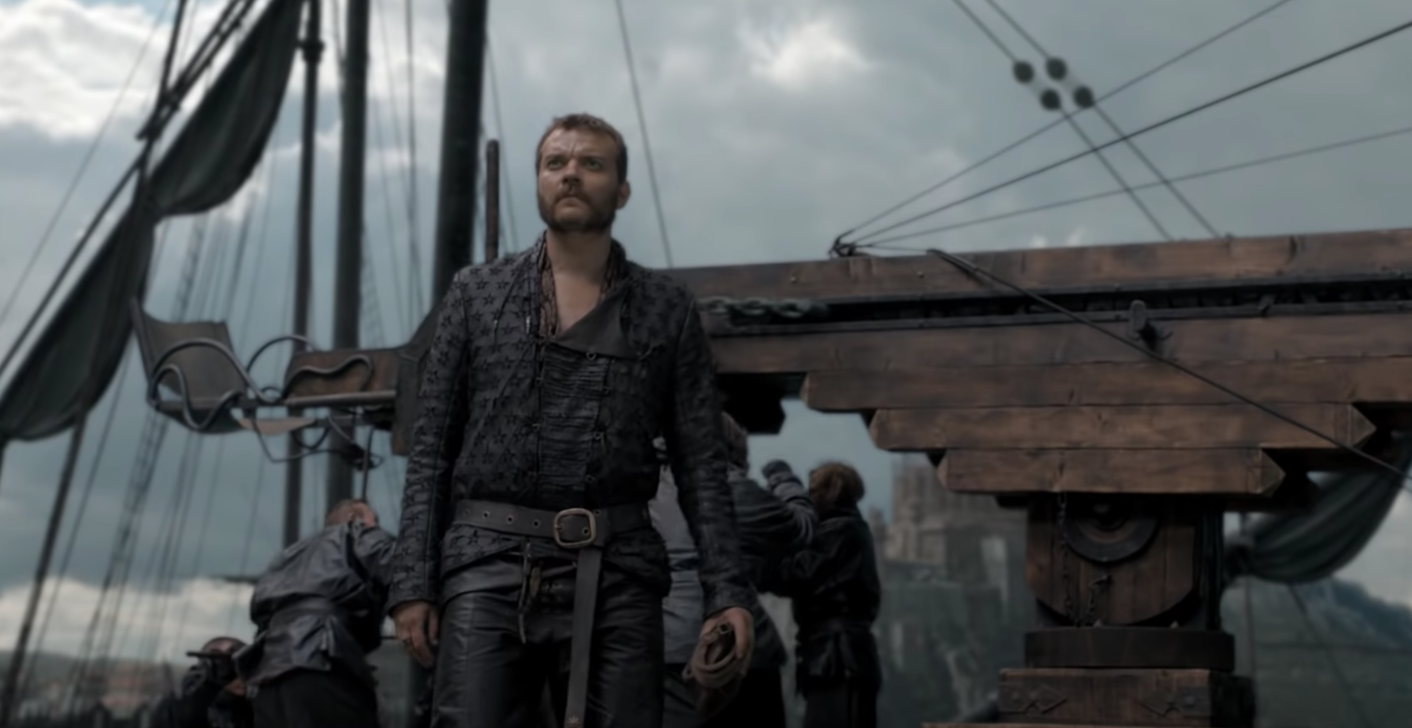 The lighting, the mood, the resigned aura of both people.

Here's Daenerys during her long night of the soul... 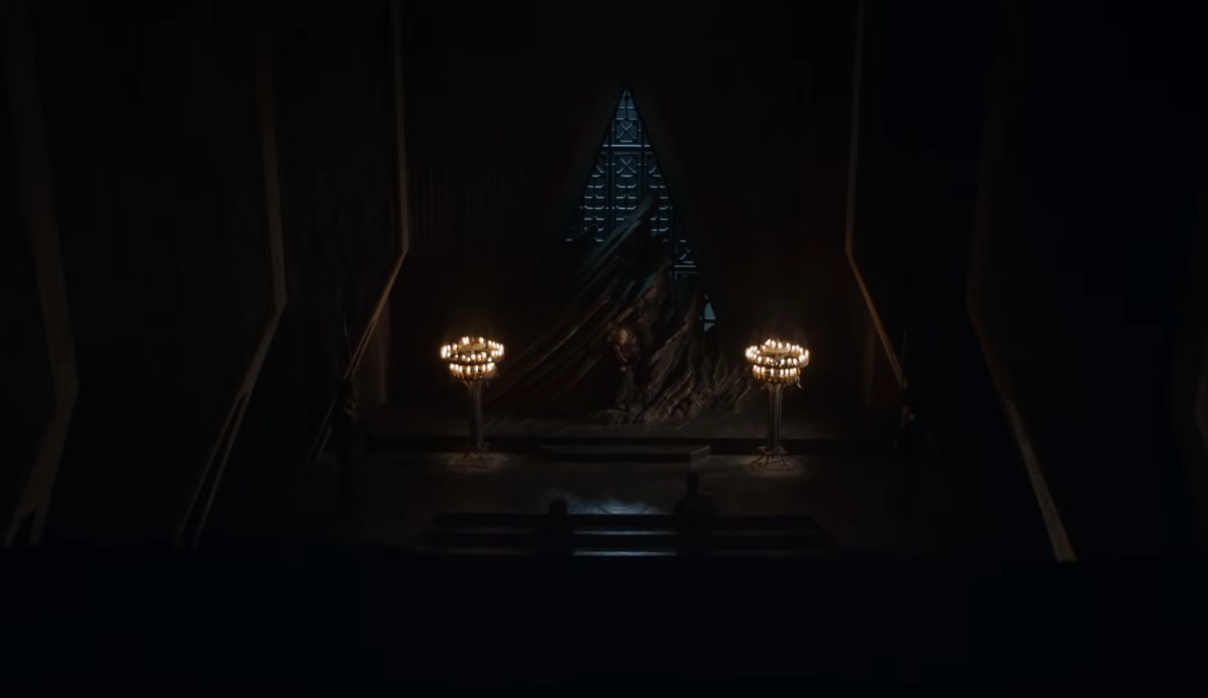 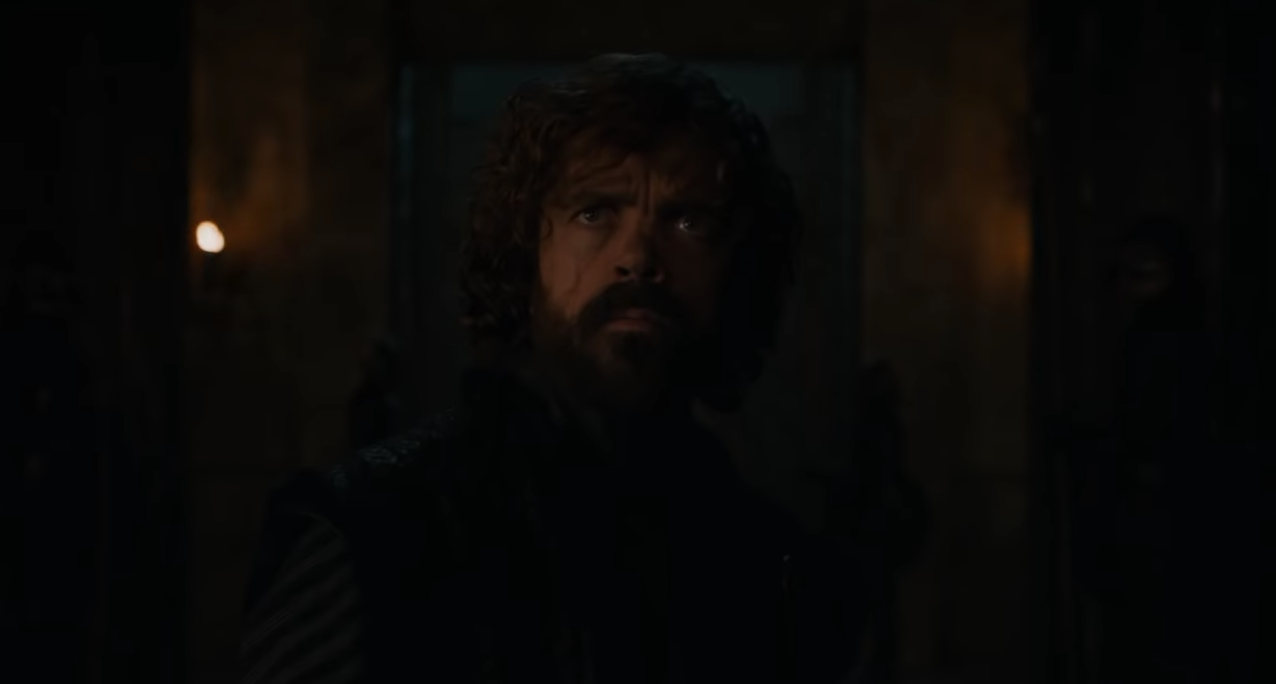 Here's what Dany's father looked like in his final hours, just before he was killed by Jaime. 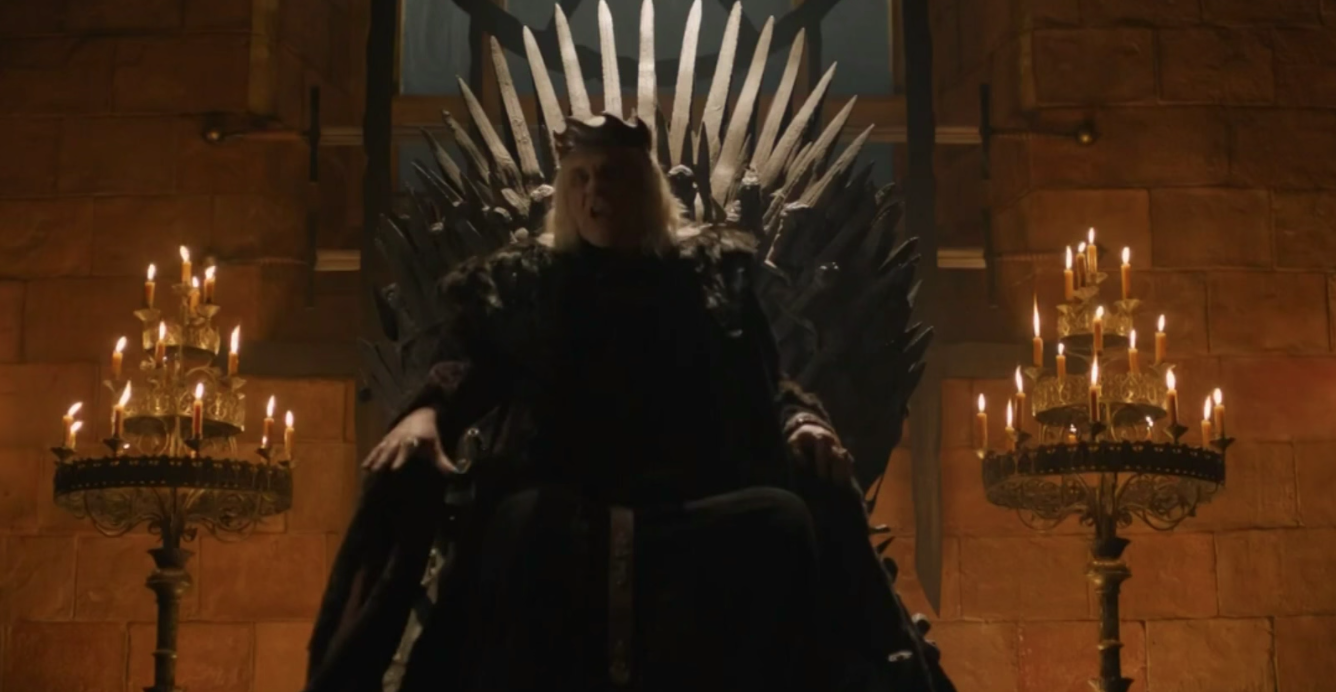 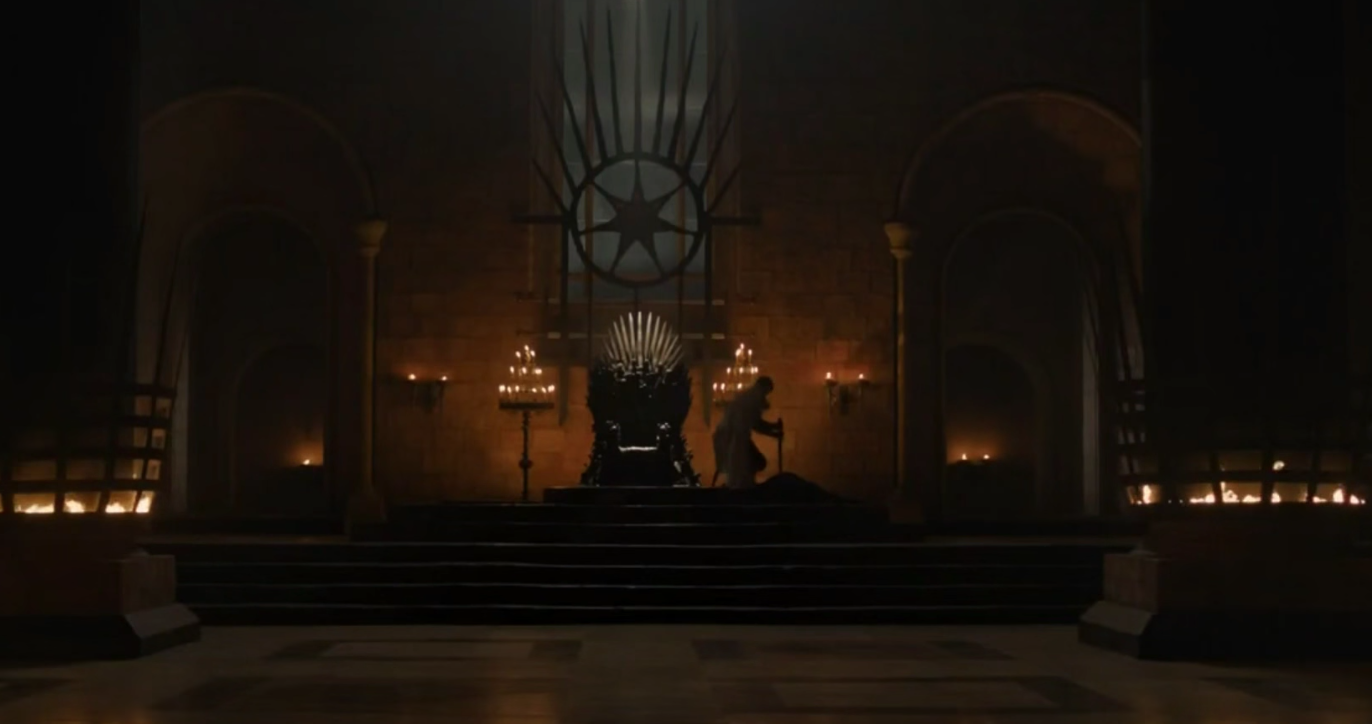 Grey Worm will be out for blood after seeing Missandei executed.

We always thought that The Hound would be the person to kill The Mountain, but will the leader of The Unsullied strike the killer blow to Gregor Clegane? 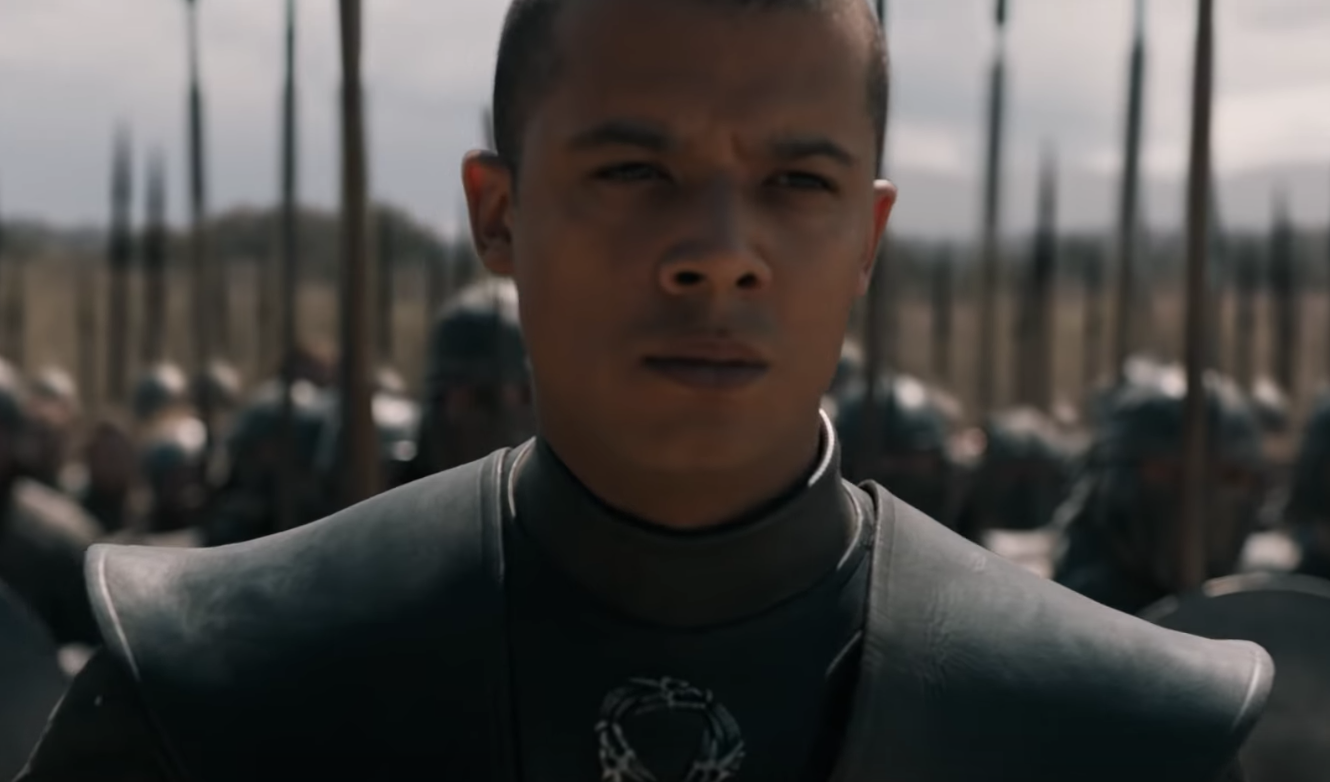 Drogon is coming and he'll take some stopping.

Will Daenerys burn King's Landing down to the ground and become the queen of the ashes?

Whatever happens, it's going to be some battle. 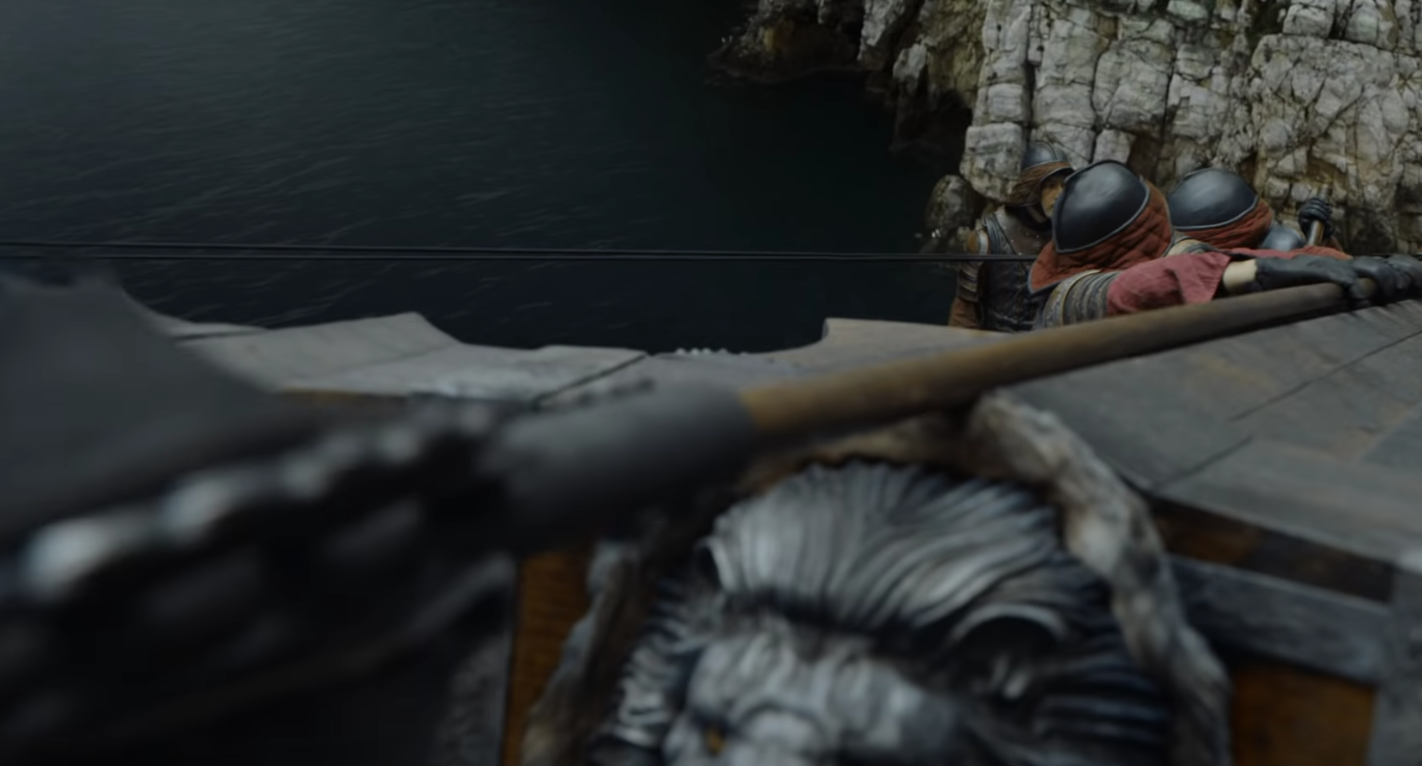 Euron is in trouble.

He has already seen and killed a dragon.

However, this facial expression tells us that he's spooked. Something might be different about what's coming.

Could Drogon be sporting some armour?