This Is England star Thomas Turgoose has revealed how Stephen Graham is still a father figure to him, years after the pair's seminal roles as Combo and Shaun on This Is England. 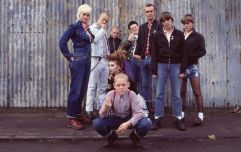 END_OF_DOCUMENT_TOKEN_TO_BE_REPLACED

Turgoose, 29, is now starring in Intergalactic, a Sky Original prison break drama which is quite a departure from his breakthrough role as disaffected teen Shaun in the 2007 hit drama.

He is grateful for the platform This Is England gave him, and has no problem continually discussing it with fans and media alike.

However, when the topic turns to his later roles, he feels it is proof he is no longer "blagging it".

"When people come up to me in the street and recognise me for my other work, I know that my hard work is paying off."

Turgoose accepts his coming-of-age role in This Is England will forever shape his career.

"I was either the gobby chav or someone who has nicked a car, whereas now I'm an adult. 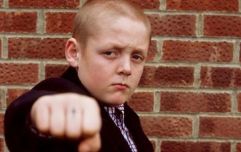 END_OF_DOCUMENT_TOKEN_TO_BE_REPLACED

Turgoose was 14 when he first starred in This Is England, and found Stephen Graham somewhat of a father figure on set.

"I've said this many times - and I was speaking to my wife about it last night - but we totally forget Stephen is Stephen Graham.

"I know him as the greatest dad in the world who spends his time pumpkin carving with the kids. I look up to him so much, he's taught me a lot."

Speaking to JOE ahead of Intergalactic's release, Graham still has a paternal impact on Turgoose - a fact made poignant by the fact the 29-year-old is now expecting a child with his partner.

Thomas Turgoose and Stephen Graham attend the This is England premiere in 2006 alongside director Shane Meadows and co-star Jo Hartley. (Photo by Chris Jackson/Getty Images) 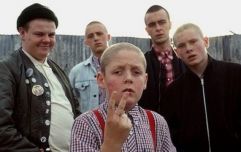 END_OF_DOCUMENT_TOKEN_TO_BE_REPLACED

Turgoose reflected back on the scene which he believes shaped his career, and made him realise how authentic a director Shane Meadows is.

"There was a scene in This Is England '88, I think, where my character is sitting on his dad's grave, crying his eyes out.

"What Shane managed to do was create this scene where it felt so real.

"So I'm sitting on a gravestone and he tells me a story about his own personal life. Before you know it, I'm in floods of tears because of what he told me.

"He just stands up and walks away and tells the camera operator 'Go now!' so they captured the very realness of everything captured on screen."

Intergalactic arrived on Sky One and streaming service NOW on April 30.

popular
Woman starts driving over Insulate Britain protestor in furious standoff
News host was having absolutely none of Nigel Farage's claims on Monday night
Kanye West has legally changed his name
Newcastle sponsorship deals to be blocked after Premier League clubs hold emergency meeting vote
Insulate Britain demand motorway speed limit reduction to 10 MPH
Outcry after woman sentenced to four years for miscarriage of 17-week-old foetus
Joe Rogan claims Tyson Fury benefitted from ‘error or corruption’ in win over Deontay Wilder
You may also like
Entertainment
One final 'This Is England' film is in the works
Entertainment
Kano drops banging new video for ‘This is England'
Entertainment
This Is England' 90 - Was it miserable enough? Here's how viewers reacted...
Entertainment
This is England fans are sending Shane Meadows their brilliant 1990s rave photos (Pics)
Entertainment
Watch Thomas Turgoose's first audition to play This Is England's Shaun a whole 10 years ago...
Next Page