We all know that the US version of the online streaming service is the Rolls Royce of Netflix across the globe.

That's why so many people are using proxies to unblock all that juicy American content that we just don't get over here.

We knew it was superior, but we didn't quite know how big a difference there was between the poor old UK and our rich American cousins...until now.

They're absolutely rolling in TV shows and movies over that side of the Pond if the latest stats from the Unofficial Netflix Online Global Search (or uNoGS) are correct.


They have data on every TV show and movie in every territory on the planet...and obviously they've complied them into a searchable list. 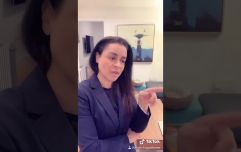 Trump impersonator Sarah Cooper is getting her own Netflix special

END_OF_DOCUMENT_TOKEN_TO_BE_REPLACED

But you have to scroll all the way down to 49th place in the world to find the UK - with just over half the amount. Still at least we're not in the UAE watching reruns of Emmerdale over and over again.

And that's why the VPN thing probably won't stop until all content is globally available.


popular
QUIZ: Is this a Marvel character, or a DC character?
Mark Selby slams 'disrespectful' Ronnie O'Sullivan after Crucible elimination
QUIZ: Can you get full marks in this devilishly tricky capital cities quiz?
Bournemouth accept £18.5m bid from Sheffield United for Aaron Ramsdale
Why Barcelona will have to pay Liverpool if Bayern Munich win the Champions League
Eat gummy bears for better recovery after a workout, says fitness expert
The JOE Friday Pub Quiz: Week 204