The basic characteristics that might get you locked up

Are you a bit of a loner? Single. Look, a little bit different? 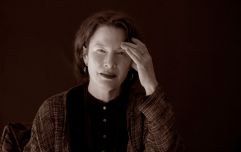 END_OF_DOCUMENT_TOKEN_TO_BE_REPLACED

Well, that could get you collared for murder. Seriously.

That’s what happened to Christopher Jefferies, Richard Jewell and Colin Stagg. They were all falsely accused of serious crimes due to a somewhat unknown - to most - phenomenon called confirmation bias. It’s when people let impressions become conclusions, before they have the facts.

This is what Deceit, a new Channel 4 drama airing tonight - and available on All4 - is based around. The four-parter examines the case of Colin Stagg, who was falsely accused of murdering Rachel Nickell on Wimbledon Common in stark daylight in 1992. He was imprisoned for 13 months but was later released and awarded £706,000 compensation.

Police errors led to the wrongful imprisonment of Stagg, but according to Deceit executive producer David Nath, a media witch hunt that heaped pressure on police didn't help either.

“We’ve seen it before with people like Christopher Jefferies, big, high profile murders where judgement starts to get skewed,” says Nath, who sees Stagg as “a convenient suspect.” 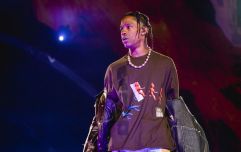 END_OF_DOCUMENT_TOKEN_TO_BE_REPLACED

“He’s not got 2.2 kids, car in the drive, semi-detached,” he says, speaking to JOE. “All of a sudden he becomes perceived as different. He’s into paganism and all of a sudden those things are seemingly odd.”

Rather than piling on the police, Deceit argues we’re all capable of allowing confirmation bias to inform our decisions. And it employs a clever trick to force audiences to question the assumptions they jump to.

Viewers are drip-fed the exact same information about Stagg that the police had during their investigation in 1992 so that audiences are put in the position of acting as law enforcement officers. “It’ll be interesting to see how viewers respond to it,” says Nath. “When you get to a point where there’s a turn about how you perceive Colin, how will viewers feel about the journey they’ve gone on with the police?

“Are we as viewers also getting sucked into the confirmation bias and the opinions we might have about somebody who’s a bit ‘other’? Are we starting to adopt some of the opinions the police are having about him?” 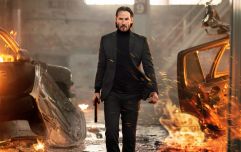 END_OF_DOCUMENT_TOKEN_TO_BE_REPLACED

More widely, Deceit attempts to try to understand how, in Nath’s words, “something like this can happen.” It does this by showing how easy it is for dangerous assumptions to guide us. “None of them [the officers] went into it with bad intentions,” he says, “but somewhere along the line their moral compass got skewed and that’s what we’re exploring here.”

Deceit isn’t the first dramatisation of a case of mistaken identity within the police. The Lost Honour of Christopher Jefferies won two BAFTAs for its retelling of the false arrest of Jefferies for the murder of Joanna Yates in North Somerset in 2010. Jefferies was Yates’ landlord, but another man, Vincent Tabak, was later found guilty of her murder. And the issue of mistaken identity was explored again this year in Channel 5 outing The Drowning, although it wasn’t based on a real-life event.

Another high-profile case of mistaken identity involved Richard Jewell. A security guard and law enforcement officer working at the 1996 Summer Olympics in Atlanta, Jewell alerted authorities about three pipe bombs and was subsequently portrayed as a hero for the probable saving of many lives before the bomb exploded. However, Jewell was later considered a suspect for the planting of the bomb by the FBI which led him to endure unfair public scrutiny.

Deceit launches amid a tense period of citicism of police undercover units. A recent public inquiry into undercover policing unveiled exploitation at the highest level, revealing that police officers had tricked women into relationships while they were undercover. The inquiry, set up in 2015, aims to unearth new information about 40 years of serious allegations against two undercover policing units - the National Public Order Intelligence Unit and the Metropolitan Police's Special Demonstration Squad.

Deceit tackles this topic by way of the exploitation of junior female cop Lizzie James, who was tasked with luring Stagg into a honeytrap in order to prove his guilt. “What she’s been asked to do specifically is sell herself sexually to a man she’s led to believe is a brutal killer and would kill again,” posits Nath.

“You start asking yourself, is that appropriate, to sell yourself sexually as bait to that person, and then what kind of emotional and mental support, pastoral support and care is going on for that undercover officer during and after?”

Summing up the damage to the young officer at the time Nath adds: “Ultimately she leaves the police force, takes early retirement in the prime of her career and suffers from the psychological and emotional fallout from taking part in this inquiry which has damaged her entire career progression.”

“The public inquiry feels very germain and pertinent to this case,” says Nath. Furthermore, the Me Too movement “gave a really interesting prism through which to look at the undercover officer.”

The show raises questions about the integrity and irresponsibility of the police in historical eras. “You start asking yourself who was monitoring undercover investigations throughout the ‘60s, ‘70s, ‘80s and ‘90s because to a certain degree it feels a bit lawless,” says Nath. “It’s not like that now.”

That said, the Met in particular is currently facing criticism about the way people are being locked up. Disproportionate amounts of Black people are being targeted by stop and search programmes, which campaigners say impinges on our human right to privacy. As well, facial recognition software is under fire after scientists discovered it is inefficient at discovering the gender of women and people of colour when compared to white males.

But Nath insists Deceit is not a take down of the police. Rather, it makes an attempt to comment on broader culture issues. “There’s not a blame agenda at all,” he concluded. “It’s trying to understand why something failed and also the collateral damage of those failures as well, the consequences and impact.”

The Metropolitan Police declined to comment on this story.

.Deceit begins on Friday 13th August at 9pm on Channel 4 and all episodes will be available on All 4.