What do we know about Pelé?

He is one of the greatest footballers to ever play the game, one of the highest goal scorers of all time (the highest, actually, if you go by his and Santos' records) and the winner of three World Cups.

END_OF_DOCUMENT_TOKEN_TO_BE_REPLACED

But despite this, Pelé remains a divisive figure in his home country of Brazil, where the population look more fondly on the likes of the late, great Garrincha.

Much of this ambivalence surrounding a true legend comes down to the fact that we know very little about him. Like many of the more modern greats, Pelé has cultivated his image in line with maximising his commercial prospects, meaning that for the vast majority of his life we have seen and heard very little of what the man himself actually thinks, or feels.

A new documentary, called simply Pelé, coming to Netflix on February 23rd, "charts Pelé’s remarkable journey to becoming the ‘King of Football’ and leading his nation’s team to their historic win at the 1970 World Cup". 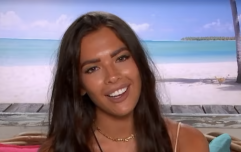 END_OF_DOCUMENT_TOKEN_TO_BE_REPLACED

Featuring testimonials from the likes of Zagallo, Amarildo and Jairzinho, as well as from family members, journalists, artists and other personalities, the documentary seeks to provide a never before seen side of the legend, and his career.

Pelé was directed by David Tryhorn and Ben Nicholas. The documentary will launch globally on Netflix on Tuesday 23rd February 2021.