'The Conjuring' home being sold for $1.2 million

Could you live there?

The colonial Rhode Island home that inspired 2013's The Conjuring is set to be sold once again for a whopping £1.2m. 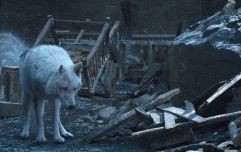 END_OF_DOCUMENT_TOKEN_TO_BE_REPLACED

Located in the village of Harrisville, Rhode Island, the house was built in 1736, reports NBC News affiliate WJAR. It was originally bought by supernatural enthusiast Cory Heinzen in 2019, though it sold for under $440,000 at the time.

But the house went on sale once again this month, and this time the asking price is an astronomical $1,200,000, three times higher than the original price.

The listing notes that a potential buyer has the opportunity to "possess an extraordinary piece of cultural history."

"Rumored to be haunted by the presence of Bathsheba Sherman, who in the 1800's lived in the house, 1677 Round Top Road is one of the most well-known haunted houses in the United States," the Sotheby's International Realty listing reads. 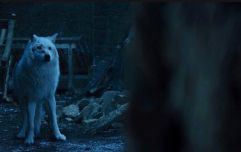 END_OF_DOCUMENT_TOKEN_TO_BE_REPLACED

The locations dark history began in 1970 where Andrea Perron, who lived there as a child, wrote the trilogy "House of Darkness, House of Light". Perron detailed the hauntings of her family, which drew the attention of famed supernatural investigators Ed and Lorraine Warren.

"Frankly, if I had the money I'd buy it myself just to protect it," Perron told WJAR in a video phone interview.

"That was always my dream to someday have the farm back, but not to live in the farm, I don't want to live there."

The listing includes eery images of the dolls on shelves, which for anyone that has watched Annabelle, might put them off immediately.

The Conjuring series has gone on to be one of the most successful horror franchises in history, with the latest film grossing $202 million.

popular
Police hunt for two 'laughing' men who kissed three-year-old girl in front of distressed mum
British teen says she was raped in Majorca hotel by 'famous actor and musician'
Father takes his own life after 18-month-old found dead in hot car
NASA shares images of unidentified spacecraft crashed on Moon
Angela Rayner humiliates Dominic Raab over opera reference
R Kelly sentenced to 30 years in prison for sex trafficking and racketeering
Halifax has introduced staff pronoun badges and its customers are not happy
You may also like
History
1980 'computer ghost' accuses couple of stealing home through spooky digital messages
News
British ghost hunters take 'clearest ever' photo of spirit
Life
UK beauty spot haunted by rude 'woman in white' ghost who tells people to 'f*ck off'
Life
Hauntings increase the value of your house by 18%, study reveals
Life
This 300-year-old child saint's corpse appears to blink and people are freaking out
Next Page