If you scour the interweb as much as we do, you may have come across a man known as Mike Yung in the last few weeks.

Mike, a New Yorker, captured the imagination of audiences worldwide when footage of an amazing performance of  'Unchained Melody' surfaced online; it’s fair to say he’s well able to hold a note.

Lord. Jesus. The difference between sing and saaaaang in one clip. https://t.co/cTnMKhDlBG

Some 40 million views of his clip later, and everyone wanted to know more about the man with the golden pipes. According to this superb Pitchfork profile, Mike was once signed signed to a label, under the tutelage of producer (and "Santa Claus Is a Black Man" writer and future “Power of Love” co-writer) Teddy Vann.

Unfortunately, financial problems meant that Mike never got to record an album, so instead he went back to doing what he does best: singing.

"It keeps you going," he said. "People I know, that I've been with, have been doing it just as long as me. You have to love what you do automatically, because what I do is not easy. I sing against trains for four or five hours." 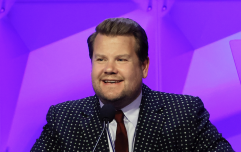 END_OF_DOCUMENT_TOKEN_TO_BE_REPLACED

And it was singing against a New York train last week that gained the attention of James Corden, who invited Mike to Los Angeles to perform on the Late Late Show this week.

One of the band members was moved to tears by the quality and power of Yung's performance and the standing ovation he got from the audience was richly deserved.

Clip via The Late Late Show with James Corden