The creators of Spitting Image are facing a social media backlash after offering viewers a glimpse of their Marcus Rashford caricature puppet ahead of the release of the rebooted satirical show's second season. 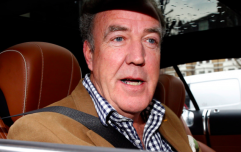 END_OF_DOCUMENT_TOKEN_TO_BE_REPLACED

"Let the chaos begin," read a tweet from the show's official Twitter account, confirming that Series 2 will be available to stream in September. The tweet featured images of puppets of England manager Gareth Southgate along with two of his players: Harry Kane and Rashford.

Let the chaos begin...#SpittingImage Series 2 will be kicking off on @BritBox_UK available to stream from 11 September. pic.twitter.com/IQqNG3mSyh

Aside from the fact the puppet looks absolutely nothing like the Manchester United forward, the timing of the decision to target him was also questioned by many of those who saw it.

Rashford has been on the receiving end of racist abuse on multiple occasions in the last few months - including in the fallout from his penalty miss in the final of Euro 202o earlier this month.

Many pointed to this, along with the fact he has successfully campaigned to change government policy on free school meals. This makes it all the more strange that a satirical show would choose to focus on him.

Spitting Image: “This seems like the perfect time to mock him with a racist caricature puppet” https://t.co/hQLEuFkEwm

I don’t even know where to start 🤮

I remember when Spitting image punched up & stuck it to those in power.

Let the chaos die, I beg you 🙏 https://t.co/TIQNQAtBBy

Yeah, definitely nothing racist going on here, @SpittingImage. All totally above board.

Even that awful Spitting Image puppet aside, it's grim they're so keen to make fun of Rashford. He's the nicest lad imaginable and gets so much stick from racists online anyway - just leave him alone you absolute ghouls. Still wouldn't deserve it even if he wasn't as nice, mind.

The original version of Spitting Image ran in the 1980s and 90s when it was enormously popular. The first series of the revived show first aired last year.

Its decision to include climate change activist Greta Thunberg amongst the public figures being mocked on the show was also condemned, prompting its producers to respond.