Six ways Bananas In Pyjamas lied to us about adult life

Bananas In Pyjamas was a wonderfully educational and informative television show that many of us were fortunate enough to grow up watching. END_OF_DOCUMENT_TOKEN_TO_BE_REPLACED

In our formative years of ignorance, most of us assumed that bananas went to bed nude, but the arrival of this programme quite quickly eradicated any preconceived notions about a banana's bedtime attire, thankfully.

As with any 90s kids television show, our adult minds can now look back and find an abundance of flaws. Flaws so astoundingly blatant, we question how they didn't distract us at the time.

Here's six ways we were misled about adult life by those pesky pyjama-clad bananas.

1. Wearing pyjamas in public is an entirely fine thing to do every single day 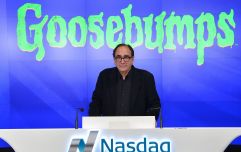 END_OF_DOCUMENT_TOKEN_TO_BE_REPLACED

B1 and B2 normalised slob culture and they are entirely to blame for the fact that my local Tesco has a sign on the front door saying 'Sleepwear is NOT permitted'. They were bananas, they could go around nude all the time, with nothing but unsightly bruises turning peoples' stomachs to be concerned with. Instead, they adopted human attributes such as wearing clothes, but they did it arseways by wearing matching pyjamas. As an adult, I must unfortunately call them out on this one. Banana or human, you can't wear pyjamas out and about every day. You get asked questions like "Is everything alright at home?" and "Why the fuck are you wearing pyjamas at Granny's funeral you stupid bitch?".

2. Fruit can gain sentience and it is even capable of creating long-lasting, meaningful friendships 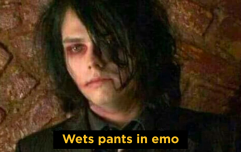 END_OF_DOCUMENT_TOKEN_TO_BE_REPLACED

Sure, a youthful mind could buy into that logic, wholesale. But think about it now, if you will. Go to your local supermarket (wearing normal clothes to guarantee entry), buy a piece of fruit, heck, buy two. Take the fruit home and leave it to its own devices. Will the fruit befriend multiple teddy bears and a hat-wearing rat? Or will it fester in its own filth, slowly going out of date and creating a heinous smell? The show was nonsense. Fruit is just fruit. It can't make friends or even comfortably wear pyjamas. The youth of the 90s became the millennials of today and it's no wonder we are the way that we are because of such poison as Bananas In Pyjamas rotting our minds instead of themselves.

3. Home ownership is so easily achievable, even fruit can do it

It didn't quite sink in at the time, but now that we're older, wiser and more accustomed to the ways of the world, rewatching Bananas In Pyjamas really makes it hit home that two pieces of fruit are going to own a home before you are. Not only that, they're pyjama-clad pieces of fruit and they have the most hideous interior design tastes that even Laurence Llewelyn-Bowen would describe as sickening. Fruit cannot obtain a mortgage. Fruit cannot hold down a steady job. Fruit cannot satisfy a sweet tooth. The pyjamas were fine, but don't insult the youthful minds of the 90s by telling them that two bananas with such unimaginative names as B1 and B2 can also own property.

4. Chasing bears is a good and safe way to spend all of your free time

"Bananas In Pyjamas are chasing teddy bears", as the song goes. So should we all be out there chasing bears? There aren't a huge amount of bears in the UK, maybe just in the zoo, which comes with a hefty entry fee. Our money would be far better spent investing in crude oil or Bitcoin. The bear thing isn't an integral part of Bananas In Pyjamas' story, it's a distraction. They aren't friends, they're sustenance. All it takes is one hot day with very little food available and those bears would've been noshing into the bananas. Those idiot fruit loops were none the wiser, they got tricked into a false friendship for their nutritional properties. This show is garbage.

5. A rat can own and successfully operate a business

The imaginatively named Rat In A Hat was the sole proprietor of the community store on Bananas In Pyjamas and everyone just carried on with their lives as if that was a perfectly normal thing to happen. Rats make terrible shopkeepers, they are too small to reach the counter, they end up eating a large amount of the produce and their premises are often served with a closure order due to there being rats roaming around. Rats don't even wear hats, their ears make it impossible for them to stay on. They'd need specially tailored hats and they cost a lot of money. Rats are notoriously bad with money. This is a nonsense.

6. The lifespan of a banana is a healthy and happy 22 years

This is the most unforgivable lie and one that will haunt me to the grave. A typical banana will last for 5-7 days if kept refrigerated, or 2-3 months in the freezer. Did we ever see B1 and B2 popping themselves into the deep freeze for a quick rejuvenation? Did we heck. They were out and about, engaging in rough and tumble, living an adventurous lifestyle. So riddle me this, how come neither banana ever had a bruise or signs of contact with other items? Was that why they wore pyjamas? To hide their imperfections? Truthfully, I don't believe that they were real bananas. We were conned. Every single one of us. I feel sick.