There are now 16 people in the Love Island villa and it is a health and safety nightmare.

Last night we were introduced to two new islanders, whose promo photographs I will now gently mock. 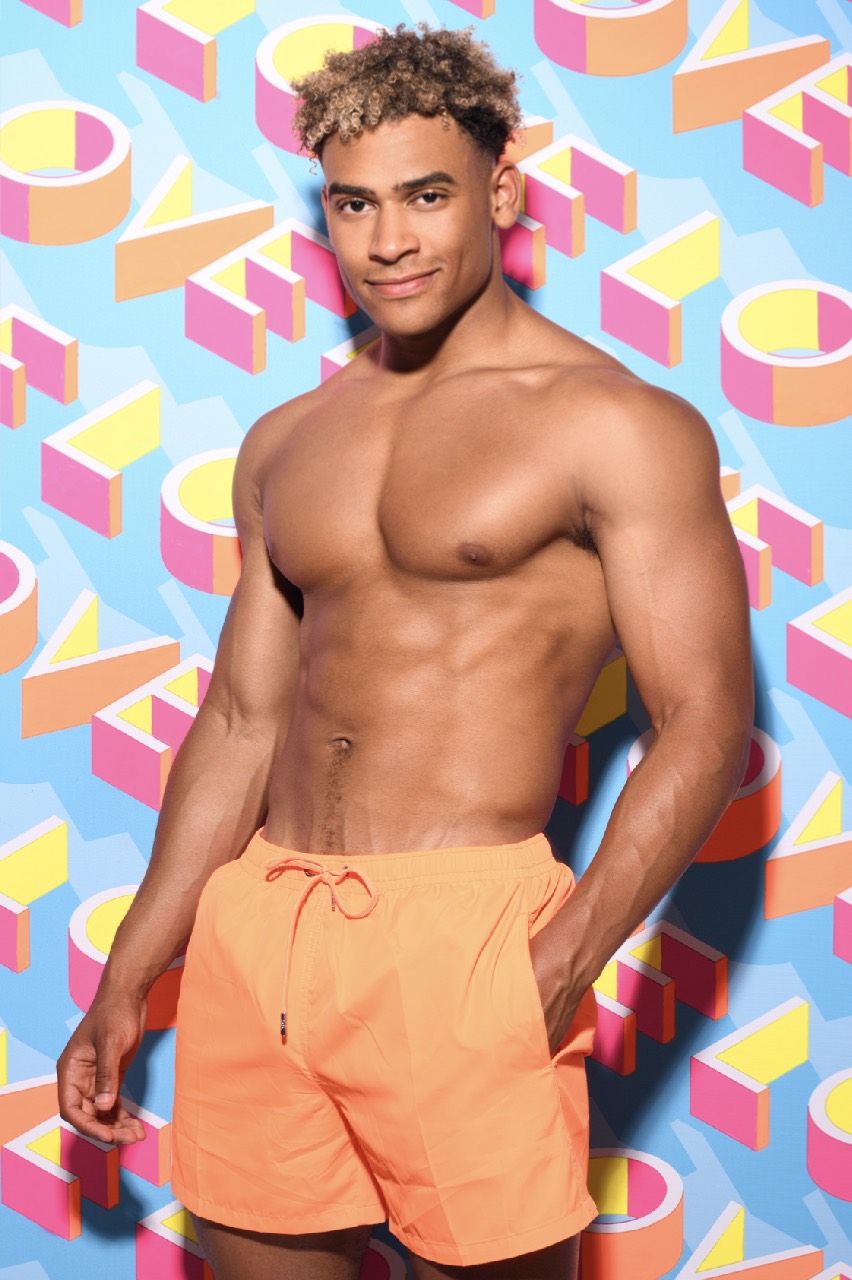 Jordan looks like the school bully who used to stuff peoples' sandwiches behind cold radiators in the summer and wait for winter to hit, rendering the classroom unusable due to a mystery smell which later was discovered to be caused by a rotten three-month-old toasted egg and cress sarnie. He wore a puffa jacket zipped all the way up over his mouth year round and called the maths teacher 'Bruv' because he was friends with his Dad. Despite being a nightmare in class, he secretly did his homework every night and got good grades. Also he always kissed his TY Beanie collection goodnight individually. 
Tom looks like an expensive clothes shop manager who's more than happy to help you out with any queries you may have. Simply give him a shout if you need something in a different size, colour, shape, texture, kidney transplant, blood transfusion, best friend, funeral director, whatever. Tom isn't usually supposed to tell you this, but he can give a 10% discount to shoppers that he deems to be 'salt of the earth', and is willing to extend that offer to your fine self should you spend over £40 on nightwear. Feel his expectant eyes follow you around the shop until you're forced into a standoff at the exit as you try to convince him that you're genuinely not a mystery shopper, you simply enjoy the look and feel of a trench coat in June.

END_OF_DOCUMENT_TOKEN_TO_BE_REPLACED

Now that the introductions are out of the way, I'd like to wish both men all the best on their future Love Island endeavours. May they find love, happiness and lucrative social media sponsored content deals.

Here's six things you might have missed during last night's show.

1. The Love Island villa was found to be single-handedly responsible for climate change

WHAT IS THE ELECTRICITY BILL FOR THE LOVE ISLAND VILLA? Between the excessive amount of lighting fixtures, haircare appliances, electric shower usage, kettle boiling and voice-activated translating machine that makes Anton understandable, we are talking well into the thousands of Euros per day going on electricity. Sure, they might use solar energy, but then this argument is invalid, so let's disregard that entirely viable method of energy entirely. Spread the rumour, tell a friend, Love Island is single-handedly responsible for climate change. We are all going to die and it is one incredibly horny villa in Mallorca's fault. Use some candles, guys. Tiki torches would take that garden from a 9 to a 9.5. The fire pit cannot continue to do all the heavy lifting in terms of ambiance and visibility.

QUIZ: Can you guess the TV series from the intro lyrics?

END_OF_DOCUMENT_TOKEN_TO_BE_REPLACED

Yes I realise it's a jacket but last night's episode was actually very fucking boring so let's just play along and not ruin everything with boring but also valid logic. In an exciting twist, a cat stopped by the floating couch last night as Anton and Elma were uselessly flirting and reflecting on the re-coupling which took place an entire episode ago. The frisky feline began humping one of the cushions because Anton and Elma's chat was getting him sufficiently aroused as they said things like "Haha yeah" and "Cool". It's unclear as to whether the cat will be joining the contestants in an official capacity, but let's work out who would fuck a handsome and randy cat. Maura would fuck the cat, Anna would do some stuff definitely, Amy, Elma, Yewande and Molly-Mae wouldn't even think about it. Amber would consider fucking it for longer than is healthy. Lucie would cry at the mere thought of fucking a cat.

3. Maura bravely revealed that she eats "like 50 pizzas a week"

In the bravest move we've seen this series, Maura Higgins heroically revealed that she eats "like 50 pizzas a week". This was in response to Tom's confession that he likes athletic brunettes, i.e. girls that go to the gym and have brown hair. Maura meets one of those two requirements, as she admitted to swerving the gym at all times. Instead, Maura visibly consumes 50 pizzas a week, which is 7.14 pizzas a day and a total of 2,600 pizzas a year. It's unclear as to whether Maura is making these pizzas herself or ordering them as a takeaway. Either way, the prize money now seems vital to the maintenance of her lavish lifestyle. We must now, as a nation, set aside our differences and vow to crown Maura the winner of Love Island 2019. She needs the winnings to fund her pizza addiction, but more importantly, hopefully this can give other consumers of "like 50 pizzas a week" the strength to come forward as well.


4. There are now 16 (sixteen) people in the Love Island villa

END_OF_DOCUMENT_TOKEN_TO_BE_REPLACED

Somebody needs to double check the health and safety terms in the Love Island handbook because 16 people in one villa seems a little excessive. There are too many horny people on that island and something has got to give. Amber and Michael had to sleep on the couch so that the new boys, who presumably slept in perfectly comfortable hotel beds the night before, could get a decent night's communal kip alongside 12 strangers. Sixteen people is too many. The ideal number of people in any situation is four, that way the conversation continues to flow and nobody feels left out with no one to talk to. For clarity, to transport the current tally of Love Island inhabitants, they would need four cars including drivers. It's a logistical and environmental nightmare. We need to get rid of at least half of these chumps. For 16 people to provide such little banter and drama on national TV is unforgivable.

5. Yewande had her second official kiss, this time with a toe

Hearty congratulations to Yewande who secured her second official kiss in the Love Island villa last night. Her latest locking of lips was with Amber's perfectly-pedicured toe, someone Yewande reportedly has had her eye on for quite a while. Conveniently, Yewande was dared to suck a fellow islander's toe, and rather than picking Danny (who she's coupled up with), Yewande opted for her best friend Amber's nasty foot. That right there is true friendship. Until you've sucked your best friend's big toe, your relationship is nothing. Unsurprisingly, Tommy shouted "Go for the big one" right as Yewande was bending down to smooch Amber's little piggy. He is a blatant voyeur and should receive a stern warning from the Love Island production team as a result. People have been booted out of the villa for lesser crimes than this.

6. Danny decided to film Curtis, who was being filmed FOR LITERAL TV at the time

Nice one Danny, definitely film Curtis faking an orgasm on your Love Island phone, which will presumably be handed back when you leave the villa. It's not like Curtis is being recorded at all times in full HD for national television, just like you. Danny is the kind of guy that films entire songs at gigs and uploads them to Instagram for eight likes. He has never been 'truly in the moment' in his entire life. Black Mirror is based on his tragic technology-obsessed life. Danny has never gone outside and heard the birds chirping or smelled the scent of freshly cut grass, instead he opts to live life through a lens. He is scum. The prime minister must condemn him as her final act in office. Curtis deserved to showcase his sex face to the privacy of six million viewers at home and the 15 islanders sitting around the fire pit, not having it immortalised on video forevermore. Shame on Danny.