Scientists say Superman's disguise isn't so silly after all

Superman is capable of many, many fantastic feats.

He's faster than a speeding bullet! He's capable of leaping buildings in a single bound! He can... grow a tiny Supermen from his hands to help diffuse bombs (that one really happened).

Broadly speaking, the only thing Superman can't do, is something he hasn't attempted yet. He's really that good.

Which of course begged the question from numerous snarky superhero fans: Why hasn't Superman invent a better disguise for himself?

A pair of glasses and a different parting in hairstyle. The perfect scam.

Throughout the years, various comic book writers have tried their best to explain how people wouldn't figure out Clark Kent and Superman are the same person.

In some versions, Superman constricts his spine, so Clark is several inches shorter than Superman.


In others, Clark wears baggy clothes, shoes that are too big and makes his voice higher so you'd think it was impossible. 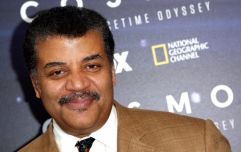 END_OF_DOCUMENT_TOKEN_TO_BE_REPLACED

A couple of writers went for the "Superman is fast, no one knows what he looks like anyway" method. Which sometimes crosses over with the "Superman vibrates is face when flying so is really hard to photograph." Yeah.

Our favourite version? WOULD YOU REALLY BELIEVE SOMEONE IN YOUR JOB WAS SECRETLY AN ALL POWERFUL GOD? NO YOU WOULDN'T, GET ON WITH THE DAMN STORY.

Honestly. He's Superman. He can pretty much do anything. Fooling his work colleagues should be simple.

But, it appears some real life scientists have put Superman's disguise to the test and found that it works.

A new study from the University of York researchers Robin Kramer and Kay L Ritchie has asked 59 peoples if they could tell of a collection of images featured the same person.


Apparently there was a 6% drop off in recognition if you put side by side images of someone with and without glasses. 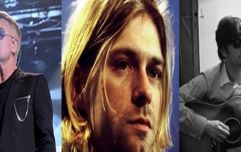 The 50 most iconic songs of all time* have been revealed

END_OF_DOCUMENT_TOKEN_TO_BE_REPLACED

Now 6% doesn't sound too big, but as Ritchie explains, when you expand that over a populace, it means Superman's secret is safe.

"If you consider the number of people who go through passport control at Atlanta International airport every year – over 100 million last year – a 6% drop in accuracy equates to 6 million misidentifications," Ritchie told CNN.

"While we may still find it hard to believe that the inhabitants of Metropolis are unable to match Clark Kent with the numerous appearances of Superman in newspapers and on television, we can at least understand why Kent has chosen glasses as his aid to anonymity," the study said.

So there you have it. Superman has outfoxed us once again.

popular
This man dropped two stone and got shredded over lockdown with just three pieces of equipment
Marvel fans left extremely confused by WandaVision trailer
QUIZ: Identify the football club from these 12 badges
QUIZ: How well do you remember Superbad?
Tottenham expect Carabao Cup clash against Leyton Orient to be called off
QPR issue statement clarifying why they didn't take a knee before Forest game
Government confirms NHS app will offer contact tracing, after originally saying it wouldn't

You may also like
Life
Study finds that men with larger beards have smaller testicles
News
Insects could be wiped out within 100 years ‘leading to global collapse of nature’
News
Japanese space agency releases incredible new images after landing on asteroid
Quiz
QUIZ: Can you still pass GCSE Science?
News
Vaping is more harmful than first thought, study finds
Next Page