This is why we pay the TV licence fee

Everyone remembers what they were doing on Thursday 21st July 2016, when Jayne from Big Brother got knocked momentarily unconscious by a damp sponge.

END_OF_DOCUMENT_TOKEN_TO_BE_REPLACED

Some were celebrating Paloma Faith's 35th birthday, Mike Pence was busy accepting the Republican nomination for vice president, Melania Trump's speechwriter was taking the blame for plagiarising Michelle Obama and Jayne from Big Brother was getting knocked clean out by a sponge.

I am hereby hailing it as The Single Greatest Moment In Big Brother History and will hear no further remarks on the matter. This is why the TV licence is paid. This is reality television in its purest form, hitting us all on a level that we collectively find to be compelling viewing - watching someone getting hurt.

Let's dissect this exhilarating sequence of events in a bid to gain a better understanding of what actually happened. (It's important to note that Jayne was absolutely fine afterwards, so making fun of the entire affair is absolutely fair game, I've decided. Also I've waited three years to write about it and I simply can't sit on this any longer). 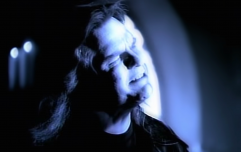 END_OF_DOCUMENT_TOKEN_TO_BE_REPLACED

The housemates are taking part in a trademark Big Brother task which involves them doing something other than smoking their lungs rancid / sitting on the couches talking about outside people, meaning the whole interaction has to be muted and the viewer is subjected to hearing the overhead airspace activity until such time as they finish.

The deeply unnecessary task involves the housemates traversing the world's tiniest swimming pool using a homemade bridge, while the other team hurls damp sponges at them in a bid to knock them off balance. It's Jayne's turn now. She's nervous, but she doesn't need to be as it's a relatively straightforward task. Nothing can possibly go wrong.

Act I, Scene II - Committing To The Game

END_OF_DOCUMENT_TOKEN_TO_BE_REPLACED

Jayne gingerly takes her first steps on the blatant shitshow of a bridge. She's a former journalist and glamour model, which means at this exact moment her thoughts are likely to be 'How have things come to this?', 'I hope someone writes a deep-dive on this exact sequence of events in three years time' and also 'RIP journalism'.

Her form is decent, she's making good use of the space available and the knee and elbow pads appear to be doing their job. Her arms are providing some balance, as are her slightly bent knees. Again, it really appears that nothing can possibly go wrong.

As anticipated, nothing is going wrong. Jayne is delicately crossing the bridge, slowly moving her body to stay balanced and adopting a low centre of gravity. It's a basic method of survival, but it seems to be doing the trick.

Jayne's fellow teammates are coaching her through the ordeal, offering words of encouragement such as 'That's it' and 'Spongey bit', which are very clearly helping things beyond any reasonable expectation. Jayne seems homicidally calm. She's determined not to let the rest of her team down. The sponge-throwers start to take aim. Nothing can possibly go wrong.

The first sponge is thrown at Jayne, seen in a blur just in front of her left shoulder. It's a misfire, falling short of the balancing housemate. The wayward sponge doesn't seem to phase Jayne. She's locked into the task and her determination to cross the bridge, avoiding falling into two feet of water, is staggering. Her balance doesn't waver, nor does her concentration.

It seems like Jayne is on course to complete this senseless task in record time, eager to get back to spending the day doing absolutely nothing, peppered with arguments about the shopping budget and whether they're allowed to say the 'C' word or not. For now, as we can see, nothing can possibly go wrong.

Horrendously blurred as a result of his catlike movements, Jackson takes aim. The muscles on his arm bulge in anticipation of forcefully hurtling a sponge towards a 49-year-old woman balancing on a makeshift bridge. The sponge is wet, as evidenced by the drips of water trickling out of it.

Jackson's posture is bent for maximum thrust to be put into the sponge. He's got his tongue sticking out, which is a well-known effective method for getting something done with accuracy. His hat is on backwards, meaning the beating sun is going straight into his blood-thirsty eyes. The man is, to quote one of the best Vines in existence on X-Games mode. This is all just a bit of fun. Nothing can possibly go wrong.

Jackson, who was standing half a foot away from her at the time, absolutely hoofs the wet sponge at Jayne. Like it's hard to convey how hard he threw it. Have you ever seen those carnival games where they give you a very soft and light ball, and you need to knock over the cans from the shelf to win a shitty teddy bear or something? So the person has to throw it really hard so that it will cause any kind of ripple effect on the cans? Are you with me? Well, Jackson threw the sponge ten times as hard as that. From a foot away.

The wet sponge hit Jayne's helmet so hard that it moved several inches higher than its original position. The sound it made is on par with the noise a large table makes when you try to move it without the help of a second person, scraping it along a tiled floor. Still, all is well. Jayne has got this. Nothing can possibly go wrong here.

Obviously, inevitably, Jayne takes a hop off the bridge which we now see was made from cardboard, sellotape, some string and the hopes and dreams of the thousands of shameful people that apply to be on Big Brother every year. Jayne's fall was less that elegant, starting with a scream and ending in everyone getting a thorough saturating thanks to her splashes.

She lands upright, her face getting a quick dunking, but then resting above the water. Jayne appears to float for a moment, presumably pondering where her career can go from here. Her neck is submerged, her eyes are closed and her face is just above the water level. Nothing can possibly go wrong. I mean, something has go wrong, but it's not catastrophic. Surely?

Very slowly, no, even slower than that, it becomes apparent that Jayne isn't just being dramatic for the sake of good television. No, that sponge has caused her great trouble and is now floating alongside her, mocking the involuntary reaction that her body has provided. A klaxon sounds, presumably to signify that the game is over, or as I'd like to believe, to announce the death of a housemate like they do in The Hunger Games.

At this point, Jayne might no longer be with us and nobody has noticed. Her body may be present, but her mind is thousands of miles away, in a safe space, sipping Chardonnay and spending her tens of pounds earned as a result of appearing on Big Brother. Or, and this was a very real possibility for a split second, Jayne could legitimately have passed away.

After long than is remotely acceptable, the other housemates begin to notice that Jayne may indeed be deceased. "She's knocked out", one of them shouts while pointing at her, making no effort to prevent her inevitable drowning. Everyone stops what they're doing (soaking sponges to the point where their weight allows them to become deadly weapons, presumably) and they rush over towards Jayne's floating and temporarily lifeless body.

Someone shouts "Oh my God" while the rest jump in to save her. Despite the fact that someone's life is in danger, you have to admit that this is incredible television. This is why we pay the licence fee. The next time you're debating swerving your payment, watch this clip and you will swiftly realise that it's entirely justified. We have to sit through Mrs. Brown's Boys to get to A Potential Death on Big Brother. This is simply the world in which we live today.

Act IV, Scene I - Jayne Comes Back To Life

Coughing, spluttering and gasping for air, Jayne has thankfully come out the other side of her traumatising ordeal, no thanks to her idiot housemates, namely the one wielding the sponge. She's carried out of the pool and placed on her back, not in the recovery position, because as mentioned before, Jayne's housemates are idiots. Everyone is silent.

Jackson takes the lead on calling for a medic, which is generous of him given that the entire thing is pretty much his fault. Jackson has probably had similar situations arise during PE classes when he would trip people up during British Bulldog or tackle them to the ground during a friendly game of rounders. He bellows 'Mediiiiiiiiic' like it's second nature to him, because it is.

Jackson (seen on the right) stands back as he watches the medic tending to Jayne. At this point, the panic is more or less over. Jayne has caught her breath and will now be taken away for tests and to fill in an aggravated assault claim, if she so wishes.

Look into Jackson's eyes. He's filled with regret. He didn't want Jayne to suffer like this. He wanted to take her clean out. This is a mistake and one that he's going to have to live with for the rest of his life. He tried to increase his chances of winning Big Brother 2016 and he failed. But who is the real loser here? Is it Jayne? Is it society? Is it the sponge that was senselessly caught up in all of this?

Big Brother was cancelled two years later and Jackson's actions, I believe, are entirely to blame. RIP Big Brother. Thank you for your service to the entertainment industry.