The decision to lock Premier League matches behind a paywall has, shockingly, proven to be an unpopular one

Premier League clubs are set to review the decision to place some games each weekend on a pay-per-view services, after fan backlash and what have been described as "disastrous" viewing figures.

Three games received fewer than 10,000 viewers and none got more than 100,000, according to the Daily Mail.

According to Sky Sports News, discussions will begin after the November international break over whether to continue with the PPV broadcasts, end them, or reduce the price per fixture.

From the moment the move to PPV was announced, there was widespread backlash from almost all areas of football - from managers to supporters.

Fans of a number of clubs, including Everton, Newcastle and Liverpool, created initiatives to boycott the broadcasts and instead the fee (£14.95) to food banks in their respective areas.

Earlier this week, opponents of the paywall got an unlikely ally in the form of Newcastle United's perennially unpopular owner Mike Ashley. 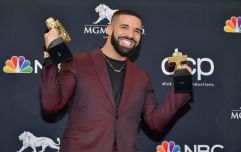 END_OF_DOCUMENT_TOKEN_TO_BE_REPLACED

He said: "I am calling on the Premier League to immediately act and review its current pay-per-view arrangements for live matches in the UK.

"Charging £14.95 for single televised matches in the current climate it is not acceptable to any football fan.

"Supporters have overwhelmingly rejected this offer and the Premier League must now act.

"Why not make it much more accessible at £4.95 per match until Christmas?"

Should the decision be made to end the PPV program, it will be welcomed by supporters and, likely, broadcasters BT Sport and Sky Sports, whom it has been said have been left disappointed with the reception of PPV


popular
Jurgen Klopp argues with BT Sport interviewer over kick off times
The JOE Friday Pub Quiz: Week 219
QUIZ: Can you identify these cities highlighted on a map?
QUIZ: How well can you remember the movie Elf?
British Airways forced to delete social media post wishing England Rugby well against Wales
VAR would have disallowed Maradona's solo goal vs England, BT Pundits say
I ate every Christmas sandwich so you don't have to

You may also like
Quiz
QUIZ: Is this a quote from The UK Office or The US Office?
Television
Seth Rogen is rebooting Darkwing Duck for Disney+
Entertainment
Entertainer Des O'Connor dies aged 88
Television
Billy Connolly special to celebrate comedian's life as he steps back from stand up
Television
Will Smith shares trailer for The Fresh prince of Bel-Air reunion special
Next Page