Australian actor Hugh Jackman is one of the entertainment industry's most beloved stars and it came as a shock to many when he revealed he had undergone treatment for skin cancer in 2013.

Although Jackman's Wolverine character may be invincible, the actor's diagnosis was a stark reminder that illnesses like cancer don't discriminate.

The Les Mis star has been treated again for basal cell carcinoma, and he posted a photograph on Monday urging fans to keep safe and protected when out in the sun.

An example of what happens when you don't use sunscreen. Basal cell. Mildest form of cancer. USE SUNSCREEN PLEASE !! pic.twitter.com/phQsRS5QiI 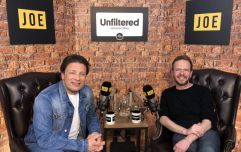 END_OF_DOCUMENT_TOKEN_TO_BE_REPLACED

Although basal cell carcinoma is the least serious of three types of skin cancer, it is still vitally important to use sun protection to prevent the disease.

He had spoken before to People Magazine about his life after being diagnosed: "I go every three months for check-ups," he said. "It's the new normal for me. My doctor says I'll likely have more, and if that's your cross to bear in life, you should be so lucky."

A rep for the 47-year-old star said that the treatment had been a success.