We've just learned of the untimely death of George Michael, while other beloved celebrities have passed this year including David Bowie, Prince, Terry Wogan, Caroline Aherne and many many more.

END_OF_DOCUMENT_TOKEN_TO_BE_REPLACED

It seems like the most inopportune time for hackers to announce that Britney Spears has died, but alas, not even Christmas waits for soulless, apathetic hackers.

The Sony Global music account appears to have been hacked, tweeting two tweets reporting that the 35-year-old singer has died 'by accident'. 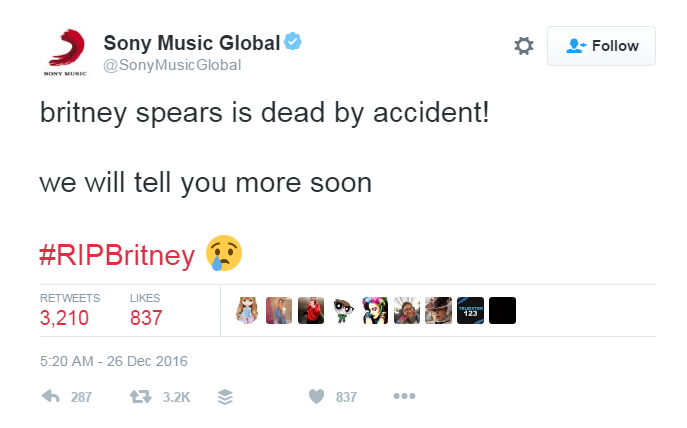 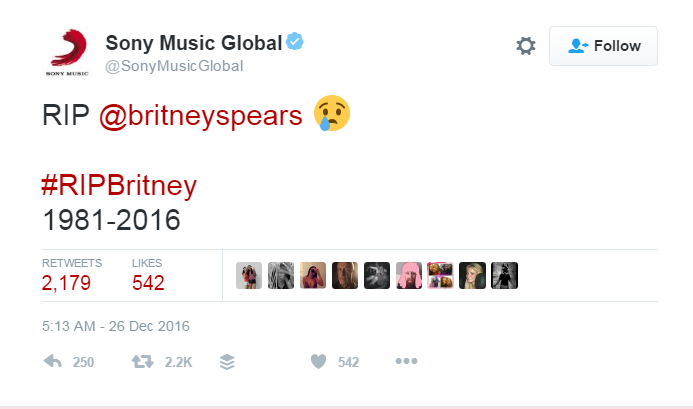 While it doesn't seem too many people have picked up on it, it seems 75-year-old singer Bob Dylan has either A) fallen for it or B) been hacked also.

Thankfully, CNN's AnneClaire Stapleton got in touch with Britney's rep who confirmed the pop princess is still alive and well.