You can't deny that Noel Gallagher remains one of the coolest blokes British music has ever produced.

That's why you're probably never going to see him warbling away alongside James Corden on the old Carpool Karaoke like Justin Bieber or Chris Martin. 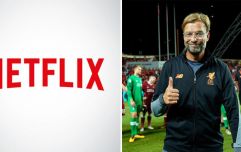 END_OF_DOCUMENT_TOKEN_TO_BE_REPLACED

He's just too cool for that kind of caper. Luckily for us, Manchester City had a stab at the famous format ahead of their League Cup final victory - and got a lifelong fan in on it.

Karaoke doesn't really seem to be Noel's thing - but the diehard Blue can sure pick a tune.

It's the bits in between that are most fascinating, with the songwriter giving us his two cents on Leicester's title march, Jurgen Klopp arriving on Merseyside and of course the great Pep Guardiola at the Etihad.

He called Leicester's title challenge a 'travesty', reckons Kevin de Bruyne will be City's shining light in the new era and thinks rivals United will get relegated with Jose Mourinho.

He even weighs in on the whole Coldplay thing.

Never mind a 15 minute Carpool Karaoke, we could have driven all the way to Wembley with the living legend...