Never Mind the Buzzcocks is officially returning with Noel Fielding

The Buzzcocks are back.

Sky has confirmed that the iconic panel show Never Mind the Buzzcocks will be returning with Taskmaster's Greg Davies as the host. The show hasn't officially aired since 2014, but a refreshing panel of comedians could breathe new life into its ratings. 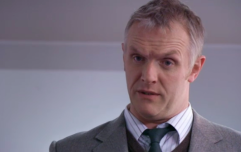 A partial Inbetweeners reunion is happening on Taskmaster

END_OF_DOCUMENT_TOKEN_TO_BE_REPLACED

The panel show aired on BBC Two for twenty-eight seasons between 1996 and 2015, before it was cancelled to make room for "new entertainment formats." The show had a plethora of hosts over the years, the most notable being Mark Lamarr, who filled the role for seventeen seasons. Phill Jupitus was a team captain for the shows entire duration, where he faced off against comedy giant Sean Hughes, Bill Bailey, and Noel Fielding.

"Buzzcocks is one of those truly iconic shows, and to be bringing it back with Greg Davies at the helm, alongside Daisy May Cooper, Noel Fielding, and Jamali Maddix, is a buzz and a treat for lovers of tuneless humming everywhere," said Sky commissioner Phil Edgar-Jones.

No one understands this pain...

Noel Fielding continues on as a team captain, where he will be up against Daisy May Cooper. Stand up comedian Jamali Maddix is also said to be a regular guest on the show. Sky has reportedly ordered eight 45-minute episodes, with further plans to produce a Christmas special.

The shows new host Greg Davies had the following to say and either thought he was comical, or that people would not read it at all:

"I have always loved Never Mind The Buzzcocks and am thrilled to be the new host on Sky. We have brilliant comedic talent on the team, and plenty of exciting musical guests will be joining us. All that being said, I'm so sure that no one reads these press quotes in their entirety that I'm going to finish by listing types of bread: rye, sourdough, sliced white. Oh, and cob."