Netflix say Fortnite is their biggest competitor, not other streaming services

There is only so much screen time in a day

You get home from, after dragging yourself to the gym, and then order a Deliveroo because you are too tired to cook. So you fire up Netflix. 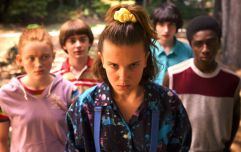 END_OF_DOCUMENT_TOKEN_TO_BE_REPLACED

Or actually, do you want to play an hour of Fortnite? Concentrating on a show is too much effort when you could be playing with your mates.

You might not think of Netflix and Fortnite are direct competitors. But it turns out that Netflix themselves do.

In their 2018 earnings report, that was published on Thursday, Netflix stated that other streaming services like Amazon, Hulu, or HBO are not their main competition. Instead, they are most concerned about people playing video games instead of watching Stranger Things, and in particular a certain extremely popular online battle royale title.

"We earn consumer screen time, both mobile and television, away from a very broad set of competitiors," said the report.

"We compete with (and lose to) Fortnite more than HBO."

Wow, in its latest letter to shareholders, Netflix (correctly, if you ask me) identifies Fortnite as being a bigger threat than HBO:

"We compete with (and lose to) Fortnite more than HBO." pic.twitter.com/Dr9he5lRk2 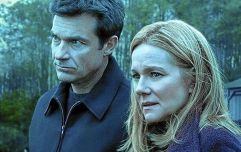 END_OF_DOCUMENT_TOKEN_TO_BE_REPLACED

The report also stated that it gets ten per cent of television screen time in the US, and a bit less for mobile. They did not think they were losing out to other television options though, and instead to video games.

Netflix has nearly 139 million subscribers worldwide - in November 2018, Epic Games said Fortnite has over 200 million registered users (the game is, of course, free-to-play).

popular
Woman discovers 'traumatic' truth about engagement ring after Googling fiancé
James Blunt threatens to release new music on Spotify if they don't remove Joe Rogan
Dr. Dre shares unbelievable video of Eminem's skills to prove no rapper could beat him
Man tracked down and killed son's paedophile abuser live on TV
The JOE Friday Pub Quiz: Week 279
New Highway Code rule means you should change how you listen to music in car from today
'Hey kiddo! This is your uncle ' - creepy moment OnlyFans star's relative finds her page
You may also like
Sport
Netflix's Neymar: The documentary that tells you nothing you didn't know already
Entertainment
Sofía Vergara transforms into drug cartel queen for new Netflix series
News
Asteroid twice the size of the Empire State Building passes close to Earth
Entertainment
Netflix announce release of new tennis docuseries
Entertainment
After Life Season 3 is proof that Ricky Gervais has lost his edge
Next Page