What we once thought was only a dream is quickly becoming a reality as online streaming seems to be taking the place of regularly scheduled programming.

END_OF_DOCUMENT_TOKEN_TO_BE_REPLACED

Soon we will be no longer held to the constraints of what TV producers think we want to see, or which rights holders we are willing to pay to enjoy coverage of whatever we want to watch.

The internet opened Pandora's Box, and companies can either continue to lose business to illegal streaming sites or get their act together and present their product in a way their customers want it.

For films and TV, that next step was Netflix. For a music industry haemorrhaging losses due to Napster and Limewire, the solution was Spotify.

But there's not been anything to really combat the prevalence of illegal streaming of live sporting events... Until now.

Sports media group Perform have announced the launch of DAZN, a live-streaming service for sports fans. 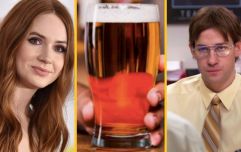 END_OF_DOCUMENT_TOKEN_TO_BE_REPLACED

Like Netflix and Spotify, DAZN subscribers will be asked to pay a monthly fee (currently €9.99 - equivalent to just over £8.50) in order to avail of 'unlimited access to watch the widest array of live and on demand sport on virtually any connected device'.

It promises fans access to 'every goal from every game across the top five European football leagues' - including live games from the Premier League and highlights from the Bundesliga - not to mention every match live from La Liga, Serie A and Ligue 1.

What's more, DAZN also promises subscribers will be able to enjoy action from boxing, rugby, darts, motorsports, as well as live broadcasts of top American leagues like the NBA and NFL.

Unfortunately, it is currently only available in Germany, Switzerland and Austria, but we assume it is only a matter of time before it gets a UK launch.