Tracy Kiss first appeared on season one of the dating show Naked Attraction back in 2016.

END_OF_DOCUMENT_TOKEN_TO_BE_REPLACED

The former contestant said she normally relied on dating apps, or bumping into someone at the supermarket to find love.

Tracy first got approached on Twitter to be in Naked Attraction after promoting body confidence on her Instagram account, following the birth of her second child.

The producers reportedly asked her whether she was 'looking for love', and Tracy saw the show as an opportunity to meet someone, especially as a busy single mum.

Tracy told JOE: "I'm a single mum. I’m never really going to meet anybody sitting in my house doing workouts, so why not go on a show!" 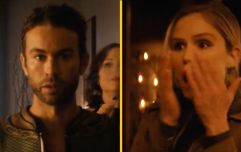 END_OF_DOCUMENT_TOKEN_TO_BE_REPLACED

"It was a shock that it was going to be naked", Tracy joked, after discovering that she would have to bare all in the dating show.

The former Naked Attraction contestant did not initially expect the show to involve nudity, but said that any embarrassment quickly went out of the window.

"I actually jumped on somebody that I said goodbye to," Tracy recalled.

"Then I thought... oh my god I’m on this man and I’m naked on television. 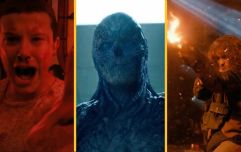 END_OF_DOCUMENT_TOKEN_TO_BE_REPLACED

"I myself, forgot that I was naked."

Tracy said that it quickly became "normal" to see all of her potential dates in the nude.

In the show, the potential dates are placed behind a screen, which is lifted up to reveal their naked body in stages.

The lower half of the bodies are shown first, before the screen reveals their chest and finally, their face.

Recalling the moment when the naked bodies were revealed, Tracy said: "It was almost like peeping on people, because you could look at them before they could see you."

"It wasn’t embarrassing, it became normal because it took away the taboo of not knowing what somebody looks like to be able to see all of them."

Tracy said that she now believes everyone should try dating in the nude.

"It's like dating in reverse," she said, "you see someone for uncensored who they are and you can't hide behind anything. I think it's a more human way of dating and I think everyone should do it."

Tracy got to choose her date based on naked attraction alone, something which she embraced.

"You would never in normal life get to compare five guys in a line and think 'which is the best'? I think having that variation really makes you realise what you are attracted to."

Tracy picked Mark, who went on to become Mr UK. Mark was particularly "well-endowed" which made him the obvious choice. The Naked Attraction star admitted that she was hospitalised a few times due to the sheer size of his penis.

Tracy said: "I actually experienced internal bleeding, just because he is ridiculously well-endowed."

Mark and Tracy went on to date for a year and were smitten with one another. However, the relationship sadly came to an end due to the pressures of a long-distance relationship.

Reflecting on her experience, Tracy said: "Shows like Naked Attraction show the reality that we all really need. We shouldn't ever be made to feel ashamed of our bodies because we're all human."