Eyal Booker is already on them #sponsored posts.

It's safe to say that the Love Island contestants this year will make bank from Instagram. Along with the usual long line of appearances in nightclubs and, er... cosmetic clinics, Insta will be where they make most of their dolla from. 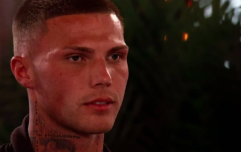 Love Island hit with thousands of complaints over contestant

END_OF_DOCUMENT_TOKEN_TO_BE_REPLACED

And since Dani Dyer has racked up the most Insta followers since the show started, she'll end up earning a lot more than the rest of them.

According to OddsMonkey, each Instagram follower is worth 43p, which means for Dani's 1.6 million, she could be earning up to £7,000 for every sponsored post shared on the platform.

Her boyfriend, Jack Fincham, is the 2nd most followed contestant from this year's Love Island, with 1.1 million fans on the photo-sharing site who are already waiting to see his posts when he leaves the villa.

This could mean that he will be generating a minimum of £4,730 for every sponsored picture he uploads to the social network... not bad for a pen salesman, huh?

Here's a table of how much each islander is estimated to earn: 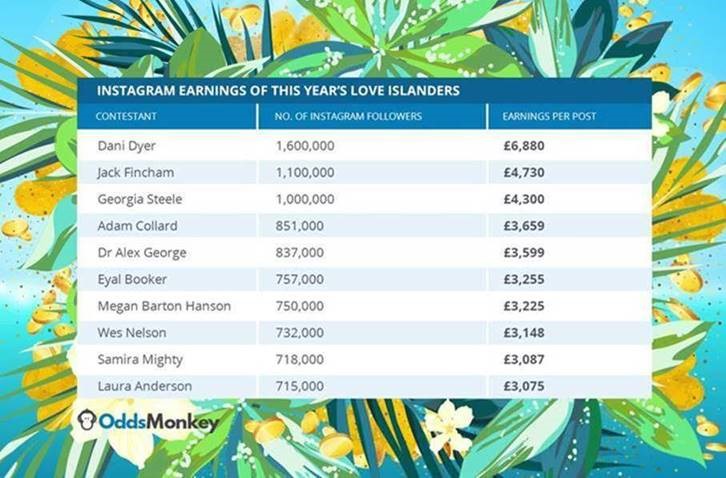 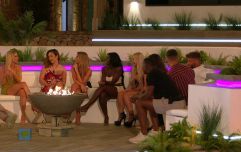 END_OF_DOCUMENT_TOKEN_TO_BE_REPLACED

"This year’s show has seen double the amount of viewers tune in than last year. Last years contestants such as Chris and Kem saw their following reach over 2 million once they left the villa therefore we expect to see this year's current following go up even more.”