And the plot thickens.

This season of Love Island has been riddled with reports of staging and re-recording scenes.

Yes, viewers have spent the last eight weeks pointing out flaws and continuity errors that have convinced them that the show is rigged but has it stopped us from tuning in? No. Not really. Not really changed anything at all, has it?

However, this latest bombshell is much more frustrating for fans. Especially those who have been furiously trying to vote Dr Alex off for about six straight weeks.

A 400-page production book for the show-runners has reportedly been leaked and allegedly shows their control goes much deeper than just getting contestants to re-record a conversation.

According to the lengthy document, obtained by The Sun, producers decide who gets dumped by the villa and then manipulate the voting process to ensure they do.


This means islanders who infuriate fans leaving them voting them home would actually be saved in a bid to keep the drama. 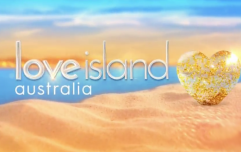 END_OF_DOCUMENT_TOKEN_TO_BE_REPLACED

The book reportedly says that the impact of the viewers' vote should be limited as much as possible.

“But as producers, it is important to be aware of not handing over to viewers control of key decisions that would have a significant impact on the narrative.

“There is always a way to narrow the options for the audience so they don’t go wild.”

This includes switching between public vote and islander voting to ensure the drama-makers stay on the island.

“If you do a vote-off you need to be fairly confident you won’t be losing a key character or factor in a safety net,” says the document.

This comes after Dr Alex and Alexandra were overwhelming voted as the couple the other islanders wanted to be dumped from the villa, however, have now been given a chance thanks to the twist of calling for a public vote to decide between the bottom three.

Other secrets revealed in the so-called ‘production bible’ include steering their favourite islanders during recouplings to help keep them safe, direct islanders into conversations and scenarios, giving certain contestants more alcohol to encourage drama and fake sending of texts.

Responding to the allegation, a representative for the show told The Mirror: "It is absolutely untrue to suggest that Love Island is fake. The opinions they have and the relationships formed are completely within the control of the Islanders themselves."