Say it ain't so

Line of Duty star Martin Compston has said that Sunday's series six finale could be the last ever. However he has promised that fans will get a "perfect ending" this weekend.

END_OF_DOCUMENT_TOKEN_TO_BE_REPLACED

The 36-year-old Scottish actor (yes, he's Scottish), who plays Steve Arnott in the hugely popular police drama, said that the cast have not been told whether or not the show will be returning.

He told the Shrine Of Duty podcast: "It's different elements this year, because we have to look it in terms of, do people want us back? You don't want to overdo it.

"Ten years in you start to think of legacy, and if it goes down that well it might be the perfect ending.

"But then we might go another couple of months and... what I will say is we won't do one just for the sake of doing it.

"We don't know [if there will be another series]. That's nothing new. Jed will only do it if there's a story to be told."

Show creator Jed Mercurio has already said that the show is in a situation "where it’s not entirely clear that there will be a seventh series."

Compston went on to tell the podcast: "Jed always takes time after a series, like a couple of months. 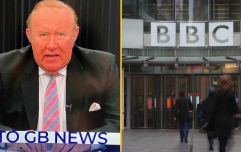 END_OF_DOCUMENT_TOKEN_TO_BE_REPLACED

"There's a lot of stuff above my pay grade like analytics and audience scores. He takes the emotion out of it and looks at all that."

The series is going from strength to strength though, and if it doesn't return for a seventh series then it won't be because the BBC has cancelled it - they'll be desperate for it to return.

#LineOfDuty reached its highest ever overnight audience of 11 million for the penultimate episode of series six on @BBCOne, with a 51.7% audience share.

Don't miss the finale this Sunday at 9pm and watch the series so far on @BBCiPlayer: https://t.co/n6PGOM8WFP pic.twitter.com/luO7OdXFWX

This series has been the most successful in the shows history, with the most recent episode watched by an average of 11 million viewers, no mean feat for a terrestrial TV programme in the Netflix era. This made it the most watched TV drama since the Doctor Who Christmas special in 2008, which was watched by 11.7 million.

Only a couple of days to go now. The trailer has been released, the scene has been set, and it has all led to this...