It's been 8 years since Derren Brown stood nobly in front of us on our television screens and happily lied to the nation. I'm still not over it, nor should you be. 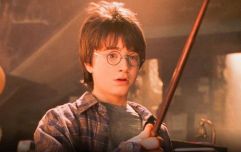 END_OF_DOCUMENT_TOKEN_TO_BE_REPLACED

As I've embarrassingly admitted in the past, I wish magic was real. Life would be infinity times more interesting if it was. Alas, the closest we get to magic is the ability to scramble an egg in under 2 minutes, which is in itself most definitely a form of witchcraft.

Anyway, how dare Derren lie to us like that. We trusted him and he pulled the wool over our eyes quicker than an Aran jumper salesman. Let's look at the multiple ways in which he let us down, because let's face it, we've nothing better to do.

1. First, Derren announced that he was aiming to guess 'at least 5 of the 6' winning numbers 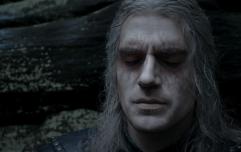 END_OF_DOCUMENT_TOKEN_TO_BE_REPLACED

How dare he set our expectations so low like that. This false modesty bullshit does not a riveting spectacle make. Derren knew full well that he'd be nailing all six numbers, he could've done nine if that's what the jackpot called for. What he's done here is the equivalent of that annoying schoolfriend who always insisted that they hadn't studied for an exam, then somehow emerged with an A grade, utterly shocked that their secret nine hours of studying each day had worked. Derren probably was that student.

2. Conveniently, there was no studio audience 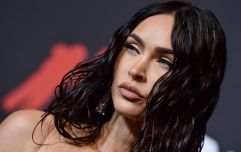 END_OF_DOCUMENT_TOKEN_TO_BE_REPLACED

Despite showing us a plethora of empty seats in the studio where he was filming, Derren told us that "for security reasons and so no one else benefits" from what he was doing, there was no audience, just himself and two cameramen (one of which we never saw after the intro). Even more conveniently, the camera followed him as he walked into the studio, almost as if there were certain aspects of the set they didn't want us to see *gasps*.

3. He didn't even predict the bonus ball

Respectfully, what the actual fuck, Derren? At the start of the show, cast your minds back, Derren quickly glossed over the fact that he wasn't going to predict the bonus number, without any valid explanation. WHY? Does he have a fear of bonuses, is that why he doesn't work in a company with great perks? There's no logical reason why Derren couldn't also "predict" the bonus ball, in for a penny, in for a pound, etc. Was he intentionally leaving out the bonus so that he could buy valuable time at the end of the draw? At this point, I smelled a rat.

4. Instead of writing down the numbers before or even as they were announced, Derren waited until the end

What was the sense in this? The essence of the show was centred around the fact that they were extremely rushed for time and needed to be in sync with the BBC's lotto feed. Yet Derren nervously watched as the numbers were drawn, with a pen and some card in his hand. It wasn't until the recap of the numbers in numerical order that he started to jot them down. It's almost as if he was buying time yet again. Perhaps for his next magic trick, Derren could restore our faith in the sanctity of the occult.

5. We didn't get to see his predictions until after the winning numbers were announced

This is my main issue with this entire spectacle. As we've learned over the years, there's always a catch with Derren Brown. Imagine pulling your friend aside, telling them that you're going to predict the lottery numbers, but with the stipulation that you'd only tell them your predictions after the winning numbers were announced. What producer in Channel 4 signed off on this show and was he/she under the influence of a giant bag of glue?

6. He never actually played the lotto to prove that his predictions were made beforehand

Surely the easiest way for old Browny Boy to prove that he'd accurately predicted the numbers would've been for him to play those exact numbers in advance, then be the legal recipient of the £2.4m prize money. Job done, case closed. He could've given the money to charity, or used it to somehow prevent Brexit from happening 7 years later. Alas, he wanted us to believe that he predicted the winning lottery numbers, but he only ever did it once and he simply used it for a TV show. Bullhockey, Brown.

7. There was a 45-minute show explaining how he allegedly did it, which was another multipack of lies

The only thing worse than a lie is an elaborate 45-minute lie, on telly. Almost by magic, Derren had no fear of an audience this time, and was surrounded by hoards of adoring fans in a 'quarterback celebrating scoring the winning touchdown' type of formation around him. There was a lot of padding in the show itself, trying to demonstrate that fear influences your pattern of thinking, the possibility of influencing a machine through the power of will and other nonsense ideas that angered me further. The entire show could've been edited down to a concise 12 minutes, during which you would still feel unsatisfied with the explanation.

8. The overall explanation offered was that Derren predicted the numbers using... NUMBERS

Technically, he said it was through deep maths. 'Deep maths', as in algebra that asks what you think happens when you die, probably. Derren got 24 volunteers together who predicted each winning number to get an average together for each ball drawn. Their test runs were obviously unsuccessful, with one attempt allegedly getting a measly 4 out of 6 numbers correct. Flash forward to the night of the big draw, where they all got together in advance of the show and predicted numbers, then got an average which was allegedly correct.

9. If they actually did predict the winning numbers, why haven't they done it again since?

Surely Derren and the volunteers would've set up some sort of Lotto Avengers group where they'd rig every lottery draw and divide the winnings between themselves, using the money for good. Instead, you're telling me they all happily went home after helping Derren on the night of the draw and settled back into their same old lives? Bullshit. At our very core, all humans are greedy pigs that want lots of money. No way in heck did they head home and feel satisfied that their job was done.

His parents clearly misspelt Darren on his birth certificate.

So, what actually happened?

My guess is that they used a split screen to put in the correct numbers once they were announced. It makes sense since Derren didn't walk near the stand where the balls were resting until after the lottery numbers were announced and he wasted a lot of time after the announcement. Some unfortunate runner would've had plenty of time to pick out the correct numbers and slip them onto a stand while Derren killed time smiling at the camera. If you watch it back, the camera had some controlled shaking in it throughout the broadcast, which was probably intended to deter us from thinking it was fake. Amateurs.

Ok. But what now?

It's been 8 years and it's ok to still not be over it. Reading this has hopefully helped, but what we really need is a public apology from Derren Brown. How dare he expose that magic isn't real. How very, very dare he.