Hot on the heels of the powerful R. Kelly documentary series, comes another controversial insight in the private life of a powerful musician.

END_OF_DOCUMENT_TOKEN_TO_BE_REPLACED

A co-production between Channel 4 and HBO, Leaving Neverland: Michael Jackson and Me premiered at the Sundance Film Festival, where it was immediately met with a response by the Jackson family representatives who claimed the documentary to be a bit of a hatchet-job attack on the memory of the much-loved performer.

As per the description by HBO, "Leaving Neverland is a two-part documentary exploring the separate but parallel experiences of two young boys, James Safechuck, at age ten, and Wade Robson, at age seven, both of whom were befriended by Michael Jackson.

"Through gut-wrenching interviews with Safechuck, now 37, and Robson, now 41, as well as their mothers, wives and siblings, the film crafts a portrait of sustained abuse, exploring the complicated feelings that led both men to confront their experiences after both had a young son of his own."

The two-part documentary is set to air on Channel 4 in the UK on Wednesday, March 6th and Thursday, March 7th.

Check out the trailer below: 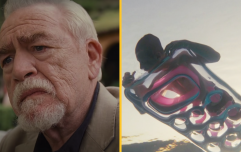 Is Kendall going to die in the Succession season 3 finale?

END_OF_DOCUMENT_TOKEN_TO_BE_REPLACED

In the response the initial screening, the Michael Jackson estate stated: "Conveniently left out of Leaving Neverland was the fact that when Robson was denied a role in a Michael Jackson themed Cirque du Soleil production, his assault allegations suddenly emerged."

"We are extremely sympathetic to any legitimate victim of child abuse. This film, however, does those victims a disservice. Because despite all the disingenuous denials made that this is not about money, it has always been about money – millions of dollars — dating back to 2013 when both Wade Robson and James Safechuck, who share the same law firm, launched their unsuccessful claims against Michael’s Estate.

"Now that Michael is no longer here to defend himself, Robson, Safechuck and their lawyers continue their efforts to achieve notoriety and a payday by smearing him with the same allegations a jury found him innocent of when he was alive."