Finally, Kazakhstan has adopted Borat's catchphrase as a tourism slogan

After years of keeping the film at arm's length, Kazakhstan has finally, if tentatively, embraced Borat with the launch of the country's newest tourism slogan: very nice. 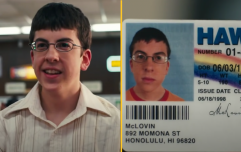 END_OF_DOCUMENT_TOKEN_TO_BE_REPLACED

While the portrayal of the country by actor and creator Sacha Baron Cohen is by no means a positive one, the country took the decision to embrace the character and take on his catchphrase as one of its new slogans.

“In COVID times, when tourism spending is on hold, it was good to see the country mentioned in the media,” Kairat Sadvakassov, deputy of the Kazakhstan tourism board, told The New York Times. “Not in the nicest way, but it’s good to be out there.”

The idea was pitched Dennis Keen, an American living in Kazakhstan, and his colleague, Yermek Utemissov and, after initially being rejected, it was picked up by the tourism board.

The decision marks a noted change from the country towards Baron Cohen's most famous character. In 2005, Kazakhstan's foreign ministry threatened to sue the actor, with his Kazakh-based website, www.borat.kz, taken down shortly after.