You can never get enough Jack Black

Jumani 4 may be closer than we thought, with plans reportedly already underway to once again take us to the hectic world of this video game brought to life.

END_OF_DOCUMENT_TOKEN_TO_BE_REPLACED

Though the franchise's lead stars have extremely busy schedules, a production timeline has allegedly already been set. Producer Hiram Garcia has hinted that the third instalment of the modern franchise and fourth film overall, could be arriving much sooner than originally believed.

The last addition, named Jumanji: Next Level, was released in 2019 and received praise for its diversity and overall entertainment factor. Though the next film had been planned for soon after, the pandemic hit and threw schedules into chaos.

Karen Gillan chose to star in Gunpowder Milkshake, while Jack Black and Kevin Hart also took on other projects as Jumanji was temporarily shelved. 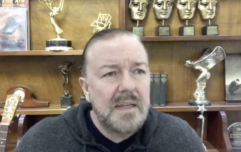 END_OF_DOCUMENT_TOKEN_TO_BE_REPLACED

"We have a really fun pitch," he told ComicBook.com in an exclusive interview.

He added: "We're actually getting ready to take it to Sony to let them hear what we've been cooking up." 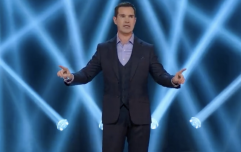 END_OF_DOCUMENT_TOKEN_TO_BE_REPLACED

Garcia added that the team has a "big vision" for the next movie.

"We've got a big vision for [the next Jumanji] movie. So we're fired up for that. We're taking it in soon. And obviously the goal is sometime after… Jake [Kasdan] is doing Red One for us, so that is going to be next up.

"But sometime after Red Notice comes out, Jumanji is going to be on deck. I feel like we'll have everything ready by then and we'll be able to get into that third instalment."

popular
Liverpool fans were right to boo the national anthem
Boris Johnson slams Jurgen Klopp for defending Liverpool fans booing national anthem
Doctor Strange star jailed for eight years over child sex offences
Beergate: Were students who took Starmer curry photograph at a gathering themselves?
Lip readers analyse what Johnny Depp’s lawyer told him as they celebrated in court
Man who died in cliff accident named as former footballer Mourad Lamrabatte
Eden Hazard tackle leaves Cadiz player with horrifying foot injury
You may also like
Life
Warnings over massive passport delays causing millions of ruined summer holidays this year
News
Here is how your smartphone could soon tell you if you have covid
News
Bill Gates is still warning the world of another pandemic
News
Is a new Omicron variant causing a new covid wave, and does anybody care?
Crime
Man jailed for using covid support to buy Pokémon card worth $57,000
Next Page