What’s new on Netflix in October, including the return of psychological thriller You

Binged Sex Education and excited for cosy autumnal nights in? You’re in luck, the third season of unnerving psychological thriller You is out on Netflix this month, alongside a range of other amazing shows.

END_OF_DOCUMENT_TOKEN_TO_BE_REPLACED

Here are the launches we aren’t going to miss this month - and you shouldn’t either.

Starting from October 1, so we got your Friday covered.

Yep, you read that right: there’s really a musical being released about Princess Diana. This version was filmed from a live Broadway show called Diana The Musical, which ran in 2020.  It’s a familiar tale: Diana, aged 19, is dealing with the pressures of fame while being in a loveless marriage. There’s more to come from Diana too: A film drama, Spencer, takes on the story later this year, following her appearance in The Crown’s fourth season last year. 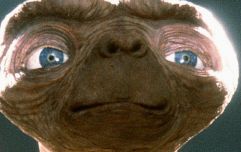 END_OF_DOCUMENT_TOKEN_TO_BE_REPLACED

Alex is a single mother and a cleaner attempting to escape an abusive relationship. Based on the bestselling memoir Maid: Hard Work, Low Pay, and a Mother’s Will to Survive by Stephanie Land, this story is actually billed as a comedy-drama, so we’re interested to see how they find comedy in such a tough subject.

END_OF_DOCUMENT_TOKEN_TO_BE_REPLACED

This is Bake Off but on a beastly scale. Bakers with a passion for making ridiculously showy cakes will be paired with engineers so together, they can create utterly unbelievable food creations. Dishes, if we can call them that, must taste great and undergo “engineering stress tests”.

Intelligence and intellect don’t make you happy, discovers Chelsea, who loves reading but realises how much fun she’s been missing when she moves in with her outgoing sister and her three housemates. This new sitcom arrives from the writers of People's Choice Award-winning sitcom How I Met Your Mother.

Convergence: Courage in a Crisis

Nine individuals are celebrated in this documentary about community heroes from the pandemic, all fighting for a better future. One is a Syrian refugee who’s taking on the UK government, but stories are sourced from 8 countries around the globe.

Gossip Girl actor Penn Badgley returns in the lead role as charming psychopath Joe Goldberg in the third series of this thriller. Done with stalking people in the city, Goldberg’s moved to the suburbs with his pregnant wife, who also has a penchant for murder. But who will be their targets now they’ve moved out of town?

The Four of Us

Love Island eat your heart out: this new comedy film splits two couples apart by making the pairs switch partners, giving all four individuals four weeks to try life with another lover. Will they crave their OG lover or embrace the change and question their relationship altogether?

Conspiracy theories occupy the minds of 60% of Brits, according to one study, so this show should be popular. This animated adult comedy series follows Reagan Ridley, who works in a secret ‘shadow’ government that is paying an organisation to dream up the world’s conspiracy theories. (Shadow government is the term conspiracists use to describe what they believe to be an invisible system in place governing us…) Mean Girls actor Lizzy Caplan voices Reagan, and Feathers star Christian Slater is her father.

Heist and rom-com aren’t genres we typically associate with one another, but then again, there was the Oceans series. Army of Thieves is a prequel to zombie heist movie Army of the Dead, and follows a German safe-cracker called Ludwig who’s recruited by a set of criminals to crack a series of high-value safes.

NFL quarterback Colin Kaepernick took the knee in 2016 during the US national anthem, his way of protesting against racial inequality, and many players have taken the knee since. Shortly after, Kaepernick opted out of his NFL contract. The following year, he filed a grievance against some NFL teams he believed were conspiring against him. This drama series tells the story of Colin’s early life and is narrated by the man himself.

This Indonesian sci-fi drama tells the tale of three girls living in a country where dating is illegal. They join an exclusive community called The Light, which claims to be a place for self-betterment, but things quickly go awry and they must find a way out.

In Found, three adopted teen girls reconnect with one another after releasing they are blood-related cousins. They go on a journey together to China to track down their birth parents.

Sex Education has been renewed for a fourth series