Old Mcdonald had a farm, and on that farm, he had...swingers?

Jeremy Clarkson's farm, where he films the series by the same name, is reportedly being used to host secret swinging sex parties.

Though nothing has been officially confirmed, sources from the swinging community have been speaking out about their farm frolics. 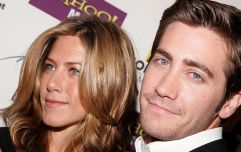 END_OF_DOCUMENT_TOKEN_TO_BE_REPLACED

According to The Daily Star, people claim to have been staging secret meet-ups on the farm, with one person referring to the security as "diddly squat".

The Star claims that people are posting to a members-only site about their farm antics, though the exact site has not actually been named.

"Sneaked into Clarkson's farm the other week and did it on a tractor. Looking for local couples or single fems to join us," The Star claims one user wrote.

A second is reported to have added: "I'm up for a meet and I'm a local to you. The security at this farm is Diddly Squat (see what I did there?) So I'd love to join you guys."

They have also reported on a statement issued by an undisclosed 'swinging source'. They said: "[It's a] massive trend in the swinging community to add extra kicks to meets by arranging them on celebrity land.

"Because Jeremy is so outspoken, a lot of them are saying what a laugh it would be to hear what he would say if he caught them at it."

Neither Clarkson nor Amazon Studios are yet to comment on the matter.