James Trevor Oliver MBE. He was a good man right up until the point where he banned turkey twizzlers from every school in the country. At that point, everything changed. Mercy was put to bed and anger emerged in its place.

END_OF_DOCUMENT_TOKEN_TO_BE_REPLACED

Jamie's latest TV show is called 'Jamie's Quick & Easy Food' and I'm going to investigate whether the food is any of those things.

Here's 9 things I learned from just one episode of Jamie's Quick & Easy Food.

Jamie starts off the show by letting us know that the meals he prepares are going to require five ingredients, along with some kitchen essentials. Off the top of my head, kitchen essentials are milk, bread, chocolate, eggs and a Nigella cookbook to use as a talking point when your parents visit, mostly to distract them from the squalor that you're living in. But Jamie has other ideas. His kitchen essentials (pictured above) are a learning curve for us all. For example, did you know that olive oil comes in multiple varieties? Or that vinegar has a fancy French cousin? Nobody's kitchen has those five items at any one time. Not even Antony Worrall Thompson. Tesco doesn't even have all of those items in stock. Jamie has set us up for a loss already.

2. Jamie continually overestimates the quality and supply of cookware that a normal person's kitchen contains

Jamie will often say something really quickly so you don't even realise what's happening, but I definitely just heard 'griddle pan'. He wants us to whip out our griddle pans and start cooking, but therein lies the problem. I do not know what is a griddle pan, nor does my house contain one. I have one singular frying pan and it is old and scratched. Look at Jamie's kitchen ffs, look at all the appliances. He doesn't have a spice rack, he has multiple spice drawers. He's got so many pans he's had to hang them on the wall, where they probably don't even sit idle long enough to gather dust. We're from different worlds, Jamie. Just show me how to make scrambled eggs so they're not soggy. Please. I beg you.

3. Jamie flaunts his expertise and sets you up for a loss from the beginning 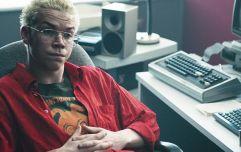 END_OF_DOCUMENT_TOKEN_TO_BE_REPLACED

In this particular episode, Jamie is making lamb kofta flatbreads. Sounds simple, right? Certainly the flatbread part at least. Well no, not quite. Jamie produces a readymade tortilla and places it in a second(!) frying pan. An additional one to the griddle pan we've seen earlier. Then he takes the tortilla out of the pan. Rather than using the perfectly functional tortilla in his hand, Jamie tells us that we're actually going to make flatbreads from scratch. Terrific! What a joy! You have to get flour, then make a well and pour in oil, then pour a random amount of into it (whatever feels right?) and use that to make dough. Got it? Brilliant. Now fry it without burning it and hey presto - perfect flatbread. Or, maybe we could use the tortillas you already bought, Jamie? Cut the shit.

4. Jamie does not hold back in praising himself upon tasting his food, not now and not ever

What a surprise, the food that Jamie has just made is, you've guessed it, absolutely fucking delicious. Has a television chef ever prepared something, then tasted it and said anything other than 'I have just orgasmed, this is the best thing I have ever put inside my body'. Just be honest, say it needs a bit of salt or 2kg of melted cheese to complete the dish. There's no shame in self-critique. It's always an over the top expression, mixed with multiple groans and an eye roll. There's just no way it's as good as you're letting on. I have never eaten a single thing that's made my eyes roll back into my head. Not even a caramel Freddo. The only reason my eyes rolled was at the extortionate price.

5. Jamie normalises cheating when he's cooking because he is a fraud and he wants you to be one too

Peppers? Out of a jar? Is that allowed, Jamie? You're supposed to be a chef. This is like a gardener using fake grass. Jamie has the skills to de-seed a pepper, surely that was the first task at culinary school, followed by learning how to make toast and how to fill a glass of water to the right volume so that it doesn't spill. Jamie Oliver isn't allowed to use pre-prepared goods, that's us muggles do. He must make the food from scratch and allow us to cheat. I want to see him slaughtering animals, trying to milk an almond and squeezing the life out of various citrus fruits so that they cause him a world of pain as they run over various cuts on his hands that he'd previously forgotten about. I want to see him cry.

6. Jamie Oliver has run out of adjectives to describe his food

Have a think, truly, have a good thorough think about when the last time you used the word 'gnarly' was. If your answer is anything other than 'never', you are a liar. Nobody outside of the American surfing community has ever used the word 'gnarly' because they are not allowed to. Those are the rules. Jamie Oliver has no business adopting a word so alien to his natural vocabulary and using it to describe a piece of chicken. Stop trying to be "cool" or "down with the kids". You are a 43-year-old turbo Dad with five children and a career built upon lies. Lies such as saying that a meal will take fifteen minutes when most ovens don't even reached the desired temperature in that time. Get out of my sight, you make me sick.

7. Jamie knows you can't use a knife properly, but he doesn't give a fuck because that's your problem, not his

"Just grab a big sharp knife there pal and score the chicken breasts with it. I realise you've already come close to several unintentional incisions when you were getting the gross white stuff off the chicken, but now it's just for sport. Cut some diagonal lines halfway through the chicken breasts, then do it in the opposite direction. This offers no difference whatsoever to the way the chicken will taste, I just want you to cut yourself so that you may gain some appreciation for my craft. What I, Jamie Oliver, am doing isn't easy. A bit of respect wouldn't go amiss, buddy. Sure, I might cheat by using jarred items, I might even ruin school dinners by introducing healthy alternatives, but at least I can use a knife to make unnecessary patterns in raw chicken".

8. When he makes a blatant mistake, Jamie will pretend that it was the intended outcome all along

Look at the edges of that sauce, it's burnt to fuck. They've gone with a tight camera angle to conceal most of it, but you can still make out the black parts. Rather than saying "Listen, hands up, I've fucked it. We're not arsed recreating and shooting the whole thing again, sincere apologies". Instead, Jamie says "You can see it's started to catch on the edges and that's absolutely perfect, some char is always delicious for that smokey texture". Jamie. We have not come down in the last shower. We can see that you've fucked it. The only person you're lying to is yourself. The smoke detector is lighting up in the background, you've obviously just triggered it, paused filming and opened a few windows. You are a fraud. Chicken looks delicious though, tbf.

9. Jamie sometimes dumbs down his skills so you feel better about your lack of talent because he is a deeply patronising man

Jamie started off with the dish on the right. He piped perfect little stars all around and then proceeded to dumb down his talents little by little, eventually ending up with the monstrosity on the left. He could've made them all perfect like the first one, but he decided to patronise us. Look at the progressively worse concoctions he's turned out. It's like when a charity football match allows kids to compete and the footballers purposely allow them to score. Why do they do that? Surely the kids would be more elated to score against them when they're playing at 100% skill. Jamie Oliver is making fun of us and we are allowing him to do it. The injustice must stop. Those meals were neither quick nor easy.