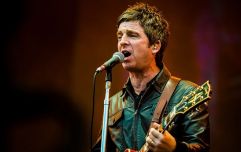 END_OF_DOCUMENT_TOKEN_TO_BE_REPLACED

So perhaps, with this in mind, we should not be surprised to learn that the two industries are similarly ahead of the curve when it comes to the growth of virtual reality.

“So in one year, VR is going to be everywhere - if you have two years' advantage that's a huge advantage. It's a lot of money you can earn before everyone else arrives in the market.”

Virtual reality, as with any growing area of technology, doesn’t lend itself too well to industry predictions.

END_OF_DOCUMENT_TOKEN_TO_BE_REPLACED

Oculus chief scientist Michael Abrash, one of those at the forefront of the VR revolution, was made to eat his words when predicting that wireless VR headsets would take a number of years to arrive (the first of these, the HTC Vive, was announced just months after Abrash’s comments) and it is for this reason that many are reluctant to share specifics on how they think the industry will eventually look.

That is not to say innovators aren’t attempting to steal a march, however, and Alexandre Tomic of Alea - the company behind VR casino SlotsMillion - is impressed with the progress of the technology in comparison to other innovations within the gambling space.

"If we talk about the gaming industry, it was a process of 10 years from mobiles coming in 2006 to [the industry becoming] mobile-first in 2016.

“If we want to apply the same rule, 2016 was the first year for VR, so we could say 2026 will be VR-first, but there are two things to take into consideration here. 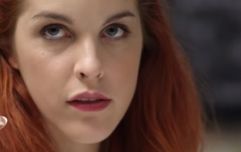 END_OF_DOCUMENT_TOKEN_TO_BE_REPLACED

“The first thing is that our adoption processes of new technologies are quicker. You buy an iPhone every year now, and before you would maybe buy a phone every two or three years, so the cycle of adoption of VR may be shorter.

“On the other side, technology is maybe more complex and it's a lot of different technologies - the phone didn't really pick up until the smartphone. I remember trying with EDGE on Nokia phones, but when the iPhone and the App Store came, one little thing can change it.”

The ability of gambling to take the lead on VR could yet give the industry an advantage that was lacking across two of the more recent innovations, namely mobile and social gambling.

“With mobile/tablet gaming and social gaming it felt as if the industry was playing catch-up to some extent,” explains Robin Harrison from leading gambling industry publication Gaming Intelligence.

“When the industry began to focus on mobile gaming there was a massive number of smartphone users, and when social became the holy grail you had almost 1bn people on Facebook. It was a case of finding a way in.

“What’s different now is that the industry is coming in at a very early stage in VR’s emergence. It could be argued that the industry was a little slow to get involved in mobile, then a little too hasty with social, but the early moves in VR development suggest that it could nail the timing.”

BaDoink have found a way around this by providing free headsets to all of their subscribers, but it remains to be seen how long such an approach will be both necessary and manageable. Similarly, Alea are currently involved in a learning process when it comes to player habits and tendencies.

“It was very difficult for everyone to move from websites on desktop to mobile while downgrading an experience - imagine you have a rich experience, you have to downgrade it and wow, my god it's difficult,” Tomic says.

“Imagine how complicated it is going to be when you want to upgrade that experience. VR is not only 3D but it has depth - you're completely inside, so all the interface, all the social aspect of people meeting together, the fact that we're going to track eye, face, body movement, the fact that what we do is make them play with the body.”

Harrison agrees with Tomic’s suggestion that a marriage of mobile and VR when it comes to gambling might not be the happiest, for the reasons noted above, but takes it one step further and suggests physical casinos could be the ones with the biggest upside from the technology.

“Considering everyone’s meant to be leaving behind mobile devices to play bigger and more immersive games on tablet, it suggests the slow adopters are getting into smartphone gaming. If you put out a VR product targeting these players it’ll leave them cold,” he says.

“In markets such as the US there is a big push to get younger players through the casino doors, and there’s a lot of work going into arcade-style games. If you put in VR games, you can offer these players a totally new experience.

“That tackles the issue of affordability to some extent, and also helps create interest among players. This in turn could create more interest in VR headsets specifically for VR gambling.”

“When you watch a 2D video you're a mere spectator. We're putting all our videos as PoV so you're at the centre of attention, but at the beginning you notice you've got the guy moving the arm and touching the girl so we’ve received feedback telling the guy not to move anything. I'm there and I see an arm that is not mine moving around, so from now on we have the guys sitting or lying down without moving the arms.

“Some of the directors who are shooting for us, we have had to teach them how to shoot on VR because it is quite different. You can't move the camera because you get motion sickness, we tried to do a smooth cut but you can't do it because it breaks the immersion - it's all about immersion so if you break that it won't be a good scene. You have to teach them a little bit, teach them not to zoom any more or pause on something. The user has to discover things for him or herself.”

But Tomic has expressed concerns that the VR experience could yet become too immersive, meaning a balance has to be found.

This could come in the form of regulation, with some mentioning the need for a clock in the corner of the screen to remind users that the reality they are experiencing is not their own, but he recognises that the level of immersion we already see within less actively immersive gaming experiences could open a door to some very interesting eventualities in the gambling space.

“When I used to play GTA I would take my car, put some music on and drive on the highway near the beach and look at the sun in my car, listening to music. I live in Barcelona, I have a car - what the fuck are you doing? Just take your car and do it in real life!” he says with a smile.

“The only thing that makes you distinguish it is that you remember your entry point. But the next super-game might be to not know you're playing a game.”

The parallels with console gaming have not gone unnoticed, and Harrison suggests this could be an area from which gambling can learn.

“Doing more to fold story progression and gesture-based control into gambling titles could make the experience more immersive,” he says.

“They could even put the player into animations and use all the motion sickness-inducing elements that make VR so noteworthy. Console games are really doing some exciting things with VR (look at Alien: Isolation) and it’s this sort of immersive experience that the gambling games should be looking to emulate.”

However, greater and more realistic immersion brings new problems, which is one of the reasons why - as Harrison acknowledges - there will likely be extreme scrutiny of the gambling industry when it comes to ensuring minors are protected from exposure to the games in question.

“Gambling is always going to attract a lot of regulatory scrutiny and a major issue will be the worry that these products may disproportionately appeal to children,” he says.

“There was a lot of noise about social casino games acting as a 'gateway drug' to gambling - which was never proved - and bitter experience suggests there may a similar hand-wringing about VR."

Above that, Tomic recognises, there is the concern about ‘post-VR sadness', outlined by The Atlantic last year - a sense of detachment when leaving the virtual world for our reality.

“If you spend 10-15 minutes in VR, it's fine. If you spend one, two, three hours, then you start getting into this new world, but the first thing that happens, that everybody experienced, is the motion sickness. It happens because the eyes perceive a movement and your ear doesn't.

“Then people say this is a problem for why people won't go into VR, but you know what happens? You get used to it. But when you get used to it that means you get unused to something else, which means you go into VR, you spend hours, you don't have motion sickness any more, you feel very immersed, and then when you take your goggles off it's a little complicated to get back your normal senses and everything looks less bright. It doesn't look so real.

“It's deeply related to gambling. Gambling is a way to involve the player more in the game; if you play a poker game without money it's boring, and if you put money on top of it you get involvement.

It could yet prove to be the case that the main obstacle facing early adopters of VR isn’t prohibitively expensive technology, and indeed the correlation between this expense and the amount of investment a user has in a product can lead to improved communications that improve the product much quicker than with something more naturally mass-market.

Instead, perhaps we should be looking at the race between technological expansion and user tendencies which often comes with any technology where the companies themselves are learning certain things as they go.

Just as previous iterations of VR showed themselves to give users a very different perspective from what they can expect now, we may yet learn that the state of VR in 2017 correlates very little with what we will see once it becomes more widespread outside the industries in which experimentation is already taking place.