Sarah Jayne Dunn is showing serious actors can cash in on the OnlyFans hype...

“It’s been the best decision I've made to stand my ground,” says Sarah Jayne Dunn, former lads' mag pin-up and Hollyoaks actress who was fired last November for refusing to stop selling sexy pics on OnlyFans.

END_OF_DOCUMENT_TOKEN_TO_BE_REPLACED

“It’s been really freeing to not be completely filtered and to be more me... I spent the most part of 25 years watching what I'm saying.”

Dunn played the much-loved Mandy on Hollyoaks since 1996, starting when she was just 14. However conversations turned "toxic" when the actor branched out into selling lingerie shots online as a side hustle and bosses gave her an ultimatum: Hollyoaks or OnlyFans.

She jumped - and since November, Sarah has instigated a “media frenzy” by criticising the lack of control she had over fashion shoots with men's magazines as a part of her Hollyoaks work.

“I never expected them to say, ‘That's it, you’ve got an ultimatum,'” Dunn tells JOE, speaking about her exit from the popular Channel 4 soap. That said, she’s earned more money in her first three months on OnlyFans than she did in her best years at Hollyoaks.

“Soaps don’t get paid as much as people think. People just presume you’re earning a load of money,” she says.

Doing OnlyFans has given Sarah the opportunity to find a new audience away from the soap and she says she's much happier now. “I wish I’d started OnlyFans earlier,” she admits. “I thought, ‘hang on, there’s a way of monetising this and there’s a way of having more control over these images.’” 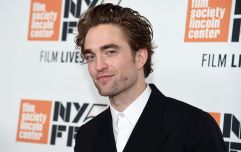 END_OF_DOCUMENT_TOKEN_TO_BE_REPLACED

Her departure - and subsequent boost in income - is paving the way for others in the entertainment industry to make similar jumps.

“I can push the boundaries without actually physically showing anything," she says. "The followers seem to be really enjoying that because it’s still keeping it classy, still keeping it slick. It’s implied but it’s not there, do you see what I mean?”

Dunn sells 'racy' underwear shots and responds to special requests from subscribers who pay £14.99 per month for access to daily pics. She charges up to £75 for a bespoke photo. “I tailor it specifically,” she explains. “If people say, ‘I'd love to see you in thigh high boots and white underwear’ you go, ‘Okay, I can do that, but it’ll cost this much…’”

In terms of nude content - the type of photos and videos OnlyFans became famous for in the first place - at the moment, she’s resisting. “It’s just racy stuff,” she says. “I guess what I'm quite good at is more of the tease and actually my followers quite like that. Giving away as much as you can without actually giving it away."

"It’s such a big taboo about women being sexual and women’s bodies. There is absolutely nothing wrong with that..."

So fan requests for fully topless pics - or full-frontal nudes - are rejected. “I have no issue with people doing that, and I'm not going, ‘I’d never do that,’ because…”

She sighs. “I think each to their own. It’s such a big taboo about women being sexual and women’s bodies. There is absolutely nothing wrong with that and if you can make money from that then why wouldn’t you? If you feel comfortable and confident and sexy doing that then again, why wouldn’t you?

"If you feel comfortable and confident and sexy doing that then again, why wouldn’t you?” Sarah Jayne Dunn is selling photos on OnlyFans (Photo: Getty)

“I’d never say never," she continues. "It’s okay for that model to be completely naked but the second someone does it and they’re making the money themselves, suddenly that’s not cool? I think times are changing.”

So what does she say when subscribers ask for the X-rated stuff? “I'm like, ‘No, because that's not something I do.’ They’re like, ‘Okay, fine.’ Or they’ll unfollow - which is fine.”

Others ask for sexy snaps posing as Mandy from Hollyoaks but that's a no-go too. "I'm no longer associated with it," she says, correcting herself: "I’ll always be associated with the show but I don't have that professional connection anymore so that’s not something I'd do."

Dunns still in touch with former Hollyoaks co-stars and OnlyFans is definitely on their radar after her success. It's “a conversation people are having," she says, but through laughter she warns: "People still on the show obviously will have the fear."

She adds: “People that aren’t happy there, it will only be a matter of time before they go, ‘Why am I doing this? Why am I being controlled and why am I in an unhappy position when I don't have to be and there are other options and these options will continue to grow?'”

She sounds upbeat about empowering Hollyoaks stars to follow in her footpath - but the soap in general is a sensitive subject. The way her exit was handled is “still very upsetting,” she says - and she’s had no contact with bosses since she left. “I feel I’ve left behind a big black cloud of toxicity,” reasons Dunn. “Nothing appeals to me about going back into that environment. It wasn’t good for me mentally.”

It's not just her bank balance that's got healthier since leaving the show - so has her mental health. “My husband said in the first week after leaving, ‘I've got you back. You’re you again. This is the first time in a long time that I’ve seen Sarah.’ That really hit home to me. I was like, ‘Oh my God, has it been that heavy?' I don't want to be that person again.”

Sexy at 40, Dunn has a strong message to the entertainment industry peering over at OnlyFans from the sidelines: “I definitely won't be the last person to do this, I guarantee you.”

You can keep up with Sarah on her OnlyFans page