Hollyoaks actress Sarah Jayne Dunn is "devastated" after private images from her OnlyFans leaked online and have since made the rounds on social media.

The actress famously left the long-running soap after bosses and Dunn were unable to "reach a resolution" following her decision to join the adult orientated social media platform.

Read more: Hollyoaks star speaks out after being fired for refusing to leave OnlyFans 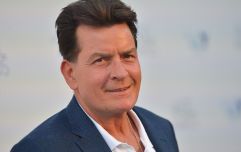 END_OF_DOCUMENT_TOKEN_TO_BE_REPLACED

A source close to the actress told the Sun: "Sarah Jayne is horrified but not surprised - it's really not ideal as she's only just launched her OnlyFans account."

However a representative from her team told The Mirror that this simply isn't the case. 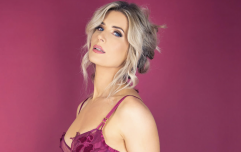 END_OF_DOCUMENT_TOKEN_TO_BE_REPLACED

They said: "Sarah isn't horrified at all, unfortunately this is just par for the course with any online platform.

"Content gets leaked and it's the world we live in for all creators which isn't right at all, but given how successful Sarah's profile is on OnlyFans - in the top 0.5% of all creators worldwide - it's really not an issue that she is worried about."

They added: "The team at OnlyFans are amazing at getting leaks taken down quickly. Sarah is just extremely grateful for the constant support and amazing feedback she gets to her content from her community on OnlyFans."

After the Hollyoaks bosses could not reconcile with Dunn's choice of extracurricular activity, the actress saw an enormous boom in subscriptions. Not two days after she left the show, 11,000 new subscribers appeared on Dunn's account.

After the 20 per cent cut OnlyFans takes, it's believed she earned more than £96,000, reports the Sun.