He sacrificed himself to try and save another

The Hobbit actor Pasha Lee's body has been recovered after being reported as killed during the shelling of Irpin on March 6.

According to the head of Ukraine's Center for Civil Liberties, Oleksandra Matviichuk, the 34-year-old actor reportedly lost his life after giving his bulletproof vest to a child as the civilians evacuated the northern city.

Yaroslav Bevzyuk: We found the body of our Pasha Lee. He helped the children get out of the house during the evacuation of people from Irpen. The evacuation that Russians disrupted by shelling civilians. Pasha took off his bulletproof vest and put it on the child he was carrying pic.twitter.com/iDjfKTy4Jc

As Matviichuk writes, Lee was one of many volunteers who "helped children get out of the house during the evacuation of people from Irpin" as Russian forces reportedly targeted civilians with airstrikes.

END_OF_DOCUMENT_TOKEN_TO_BE_REPLACED

As she goes on to explain, the actor - best known for Meeting Of Classmates and lending his voice to dubbed versions of The Hobbit, The Lion King and many others - was carrying a child to safety when he gave them his bulletproof vest. While it is unclear whether the child in question lived, we can only admire his bravery and sacrifice.

The Ukrainian actor is thought to have only enlisted in the Territorial Defence Forces for his country a week or so prior to the Russian shelling that levelled large sections of the city of Irpin. 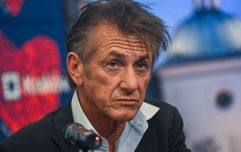 END_OF_DOCUMENT_TOKEN_TO_BE_REPLACED

The latest from the region suggests that Russian forces continue to barrage the city and as well as destroying a key bridge refugees would be hoping to use while escaping, it is thought that American journalist Brent Renaud was also killed on Sunday.

It is estimated that more than 1,300 Ukrainian soldiers have died in the conflict alone and, as of Sunday, at least 636 civilians casualties are said to have been suffered, with more than 1,125 injured.

popular
Mum cuts off boyfriend's 'private parts' after he 'tried to rape 14-year-old daughter'
Incredible case of the only known individual whose parents were two different species
Young rock climber who plunged 24m off cliff left with $1.2m hospital bill
UK city named the 'most dangerous' in Europe, according to study
Rachel Bilson says Bill Hader's 'big d***' is the thing she misses most about him
Beer drinkers given four month warning as price of pints set to soar
Time traveller’ claims to know exact date Queen will die
You may also like
News
Experts predict five billion people will die if a nuclear war erupts between Russia and the US
News
Kangaroo attacks the gates of the Russian embassy in Australia
News
Astrologer predicts how World War 3 would start and end - it doesn't look good for anybody
News
Brittney Griner: American basketball player found guilty in Russian drug trial
News
Russia bans David Cameron, Sir Keir Starmer and Piers Morgan in latest raft of sanctions
Next Page