Here's the first trailer for the final season of Jessica Jones

We have a release date, too.

It's hard out there for Marvel Netflix shows, in that all of the high profile originals have been dusted, Thanos snap-style, in recent months.

Iron Fist, Luke Cage, The Punisher, Daredevil, and Jessica Jones have all been officially cancelled by the streaming giant, though the last name on that list has yet to conclude her business.

We've known that the next season of Jessica Jones will be the last for a while now, which does put a fairly unique, if a touch grim, spin on proceedings.

When you factor in that Jones has been one of the best-received shows of its kind on Netflix along with Daredevil, its cancellation feels all the more abrupt.

Many expect the aforementioned shows to resurface in some capacity on Disney+ when that streaming service gets off the ground, but such a scenario remains to be seen.


For now, we have both the first look at the final Jessica Jones season and a release date; with all episodes arriving on Friday 14 June. 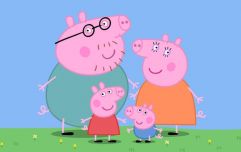 END_OF_DOCUMENT_TOKEN_TO_BE_REPLACED

The above look is supremely brief, with trouble calling at Jones' door.

A similarly brief press release on the subject notes that Jessica and Trish must unite in order to take down "a highly intelligent psychopath" and hopefully repair their friendship in the process.

You're either in or you're out at this stage, really...

You may also like
Television
The accents in The Haunting of Bly Manor are driving people insane
Film
The seven best things to watch on Netflix this weekend
Television
GLOW has been cancelled by Netflix because of COVID-19
Tech
Facebook responds to The Social Dilemma criticism
Television
Netflix's American Murder: The Family Next Door called 'terrifying' and 'disturbed' by viewers
Next Page